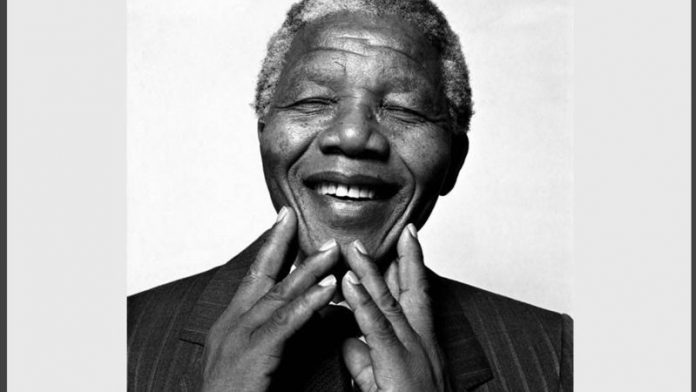 The government and the Nelson Mandela Foundation are calling on South Africans to commemorate the first anniversary of former president Nelson Mandela’s passing by living his values and continuing with his efforts.

December 5 will signal a year since Mandela died at his home in Houghton.

Social Development Minister Bathabile Dlamini told journalists on Thursday that the government will hold an official ceremony to remember Madiba.

Dlamini said they will use the first anniversary of Mandela’s passing to make a call to all South Africans, and the world, to keep his memory alive by living his values and continuing with efforts aimed at ensuring that all humanity lives in a society where peace, tolerance, the rule of law, justice and human rights form the cornerstone of daily lives.

To honour Madiba, the government and the foundation will run a “Buy a Book” campaign, where they are encouraging South Africans to buy books for underprivileged children.

Dlamini requested that people buy books and donate them to their local early childhood development centres, in line with Mandela’s vision for the nurturing and development of children.

The foundation is encouraging South Africans to buy books in indigenous languages for school children, and younger children, which are easy to read.

Lay wreaths
Dlamini said as part of commemorating Madiba on December 5, there will be a wreath-laying ceremony at the Mandela statue on the Union Buildings lawns at 8am, where veterans of the struggle for freedom and those who fought side-by-side with Madiba against apartheid will be invited to lead the wreath-laying.

This ceremony will be open to all South Africans, who are also invited to visit the site throughout the day to lay wreaths, she said.

An official commemorative ceremony will take place at Freedom Park in Pretoria, which will be attended by invited guests. Deputy President Cyril Ramaphosa will give a keynote address at the event which will be open to the media.

The government is requesting churches, schools, mosques and factories to ring bells, sirens and loud hailers at three minutes and seven seconds before 10am, to call the country to attention for the observation of a moment of silence, starting at 10am until 10.03am.

The time lapse from the ringing of the bells to the end of the moment of silence is six minutes and seven seconds.

“This is symbolic of the 67 years Madiba spent in the service of humanity. The moment of silence will be broken by the singing of the National Anthem at 10.03am across the country, and anywhere that South Africans will be gathered,” said Dlamini.

South Africans are also urged to wear Mandela T-shirts, shirts or other memorabilia on December 5 in his remembrance.

The foundation’s chief executive Sello Hatang said it was important to observe Madiba’s legacy through action. “That legacy can only thrive if we all play our part to ensure that it continues to grow,” he said.

Hatang urged South Africans to continue focusing on literacy, shelter and food security in the work that they do for others.

“Issues of inequality need be tackled and it can only be done if we do our bit in an act of service.”

Hatang said that they will be launching an exhibition at the foundation’s centre of memory on December 4, in a tribute entitled “In Tribute to Nelson Mandela”.

Some of the items that will be on display will include artefacts that were collected when Madiba was hospitalised; from teddy bears that children left outside the hospital, to the commemorative memorabilia that people left outside his home following his passing.

Hatang said the gun carrier that carried Madiba’s body will also be on display.

He said the centre for memory will be open from 9am to 5pm including on weekends.

Legacy Cup
Among the events for the day will be Mandela Legacy Cup where the Springboks will take on the Proteas in a cricket match at the Wanderers from 3pm.

“As we all know Madiba believed strongly that sport can unite a nation more than politics could,” said Hatang.

There will also be a concert featuring Johnny Clegg, Prime Circle and the Soweto Gospel Choir.

Dlamini also announced a social media campaign with the hashtag #RememberMandela, urging South Africans to share their memories of Madiba.