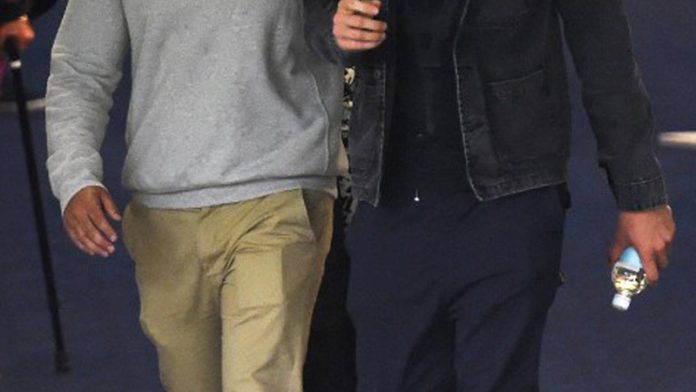 A “broken” Sean Abbott (22) faced rebuilding his life Friday after the death of Australian batsman Phillip Hughes, who died after being hit in the neck by a bouncer delivered by Abbott.

Cricket Australia said the young bowler was holding up well given the circumstances.

Abbott was doing what he always does for his state New South Wales – bowling fast – when Hughes misjudged a pull shot at the Sydney Cricket Ground on Tuesday, and collapsed to the ground unconscious after being hit on the base of the skull. He never recovered and died on Thursday after massive bleeding to the brain.

Test veteran Jason Gillespie said Abbott’s personal and professional life had been turned upside down by the unprecedented tragedy. “That lad is absolutely shaken and broken at the moment,” he told a news station, while former Australian captain Mark Taylor said he would be haunted by the incident.

“He’s got no questions to answer but I’m sure he’ll be feeling some guilt today and probably will be for a long time,” he said. “I really hope Sean can get over it and we one day see [him] back playing for NSW and maybe Australia.”

Up-and-coming bowler Abbott, who made his one-day and Twenty20 debut for Australia in October, was seen cradling the injured player immediately after the incident.

Cricket Australia’s chief executive James Sutherland spoke with him on Thursday evening and said he was impressed with the way he was handling the situation, adding “this is a grieving process that will affect people in different ways”.

“I think it’s been fantastic the way in which people have shown concern for Sean,” he said.

“What we will do and the relevant experts will do will be to provide Sean with all of the support he needs to work through this.

“But right now I can say that he is holding up very well and I’m incredibly impressed with him.”

Support for Abbott
Despite this, Pakistan great Waqar Younis questioned whether Abbott, who has made no comment, would be able to continue in cricket.

“How will he continue?,” asked Younis, one of the outstanding fast bowlers of his generation and now Pakistan’s coach.

“He needs counselling, which I am sure must have started, and needs to stay calm.”

Abbott visited Hughes in Sydney’s St Vincent’s Hospital, and has been getting support from cricketing officials and his teammates. Reports said Australian captain Michael Clarke and Hughes’ sister Megan went out of their way to spend a significant amount of time with him this week.

While the outpouring of grief and sympathy on social media has been for Hughes, there have also been plenty of encouraging words for Abbott.

Former Australian Test fast bowler Stuart Clark spent time with Abbott, who is said to be a quiet person, on Thursday night. He said he appeared to be coping, with at least three supporters always around him – but it was early days.

“I think it will be the hardest for him when it’s quiet and there’s nothing happening,” he told a radio station. “When he’s sitting at home at night before he goes to bed – that’s, I think, when the thoughts will start recurring in his mind.” – AFP