Blade: No enemy of Afrikaans – but it can’t dominate tertiary institutions 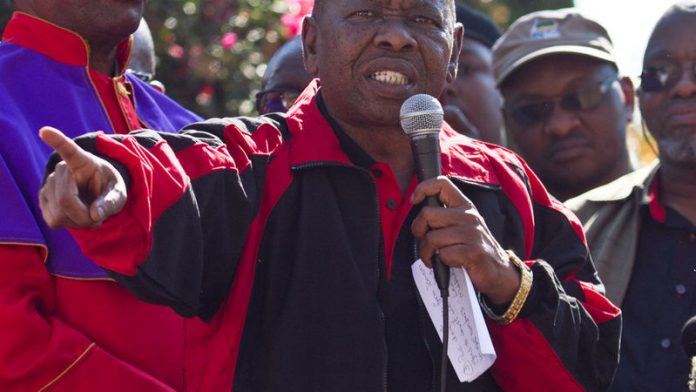 Higher education and training minister Blade Nzimande has spoken vehemently about the need for former Afrikaans universities to increase enrolment of black students across all campuses.

Nzimande also criticised the domination of Afrikaans as a language of teaching, particularly at Stellenbosch and North-West universities. “We’re aware at the moment there’s lots of complaints about Stellenbosch University [and] about North-West [University’s] Potchefstroom campus,” he said.

He spoke to reporters in Muldersdrift, Gauteng, on Thursday, where he met chairpersons of boards of the 21 Sector Education and Training Authorities.

“People must not blackmail me. It’s intellectual blackmail to say when I’m talking about the fact that your former Afrikaans universities must open up to also those who want to be taught in English, they say ‘ja, there goes Nzimande attacking the Afrikaans language’. It’s not true”, he said.

“All universities in South Africa by law need to be open to everyone. All universities are supposed to admit whoever wants to be admitted in that institution, provided they meet the minimum academic entry requirements. You can’t then say because you’re not Afrikaans speaking, then you can’t be admitted. It’s a problem.”

Equally, English should be promoted as a lecturing language at the “formerly singular Afrikaans medium universities”, he said, “so that they become accessible”.

“Those who claim to be defending Afrikaans must understand the reality of the world today. For any language to survive today, it must learn to operate in a context where there’s this overwhelming dominance of English, and the fact that in South Africa there are students who will need to be taught in English. That is the issue.

“Stellenbosch University is one of our top universities and it’s respected worldwide. We want it to be accessible to people who want to be taught in English,” said Nzimande.

Nzimande said he wasn’t giving an ultimatum to the universities to transform, as this is something they have already done. “Many of these people who talk like this [unwilling to make universities accessible], they are the first ones when it suits them to say ‘we’re a rainbow nation, we believe in the late Nelson Mandela, we loved him, he was a great man’.

“But they are building institutions that are not rainbow of the very same Mandela that they claimed that they like. It’s a contradiction. It’s an opportunistic use of Nelson Mandela.

“If we’re a rainbow nation all our institutions must be rainbow institutions, that’s what it means. That’s what Mandela stood for.”

‘No enemy of Afrikaans’
He said that while there was an “improvement” in the numbers of black students at former Afrikaans medium universities, “we’re not yet there”.

“People normally say ‘we don’t want to go the route of the University of Johannesburg, we have basically killed Afrikaans at [this university]’. I don’t think that’s the intention.”

Nzimande said he was “no enemy of Afrikaans” for demanding transformation at universities. Instead, he believes there is a lot South Africa could learn from the metamorphosis of the language.

“I always tell people, by the way my late brother was an Afrikaans second language teacher. He loved Afrikaans. He was sort of all the time talking about the need, how we should all learn Afrikaans – some were convinced, others were not sure. I’m not the enemy of the Afrikaans language.

“In fact, we do respect Afrikaans as a language. We want to learn from Afrikaans as to how [it] managed to develop itself into a language of academia and science, from being a kitchen language which was spoken by domestic workers as broken Dutch to become what it is.

“We want to protect Afrikaans. It’s our own heritage. It’s own language. We don’t want to destroy it.”

Nzimande said he hoped the next vice-chancellor of Stellenbosch University would continue in the footsteps of the recently-departed Russell Botman. “We were working very well with him in his push to actually transform [the institution].

“We hope whoever comes after him will continue along those lines, so that we don’t have confrontation [but] rather we have co-operation. That’s my approach. I prefer co-operation with all our institutions in order to make them to be true South African universities.”