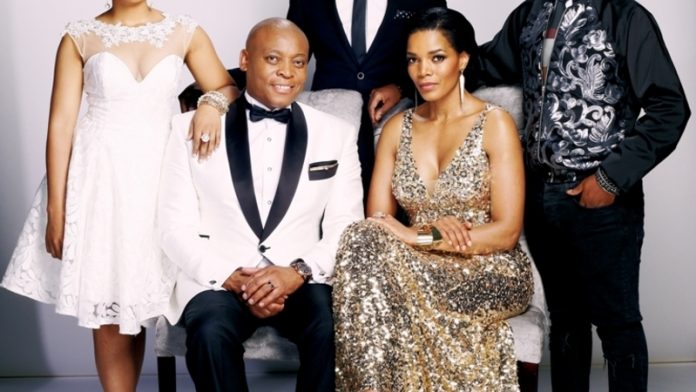 The highly anticipated first episode of SABC 1 soapie, Generations – The Legacy didn’t quite live up to the hype – and fans have taken to social media in droves to express their disappointment and dissatisfaction.

The popular show had been off air for two months after the producers terminated 16 cast members’ contracts after they went on strike to demand better wages, extended three-year contracts and royalties from episodes that have been rebroadcast.

The first episode had all the ingredients for another successful run – it had one of the most loved on-screen couples, Karabo Moroka (Connie Ferguson) and Tau Mogale (Rapulana Seiphemo), and even brought in fresh, outdoor “cinematography”. But unfortunately, familiar faces and a few new camera angles were not enough to inspire enthusiasm from viewers.

The episode opened with a scene at a cemetery and the words “Two years later” appearing on the screen. The characters were gathered for the unveiling of Paul Moroka’s tombstone. Moroka, who was Karabo’s father, was a big-shot businessman in the advertising industry from the 90s class of Generations. The story line of the new-school soapie centres on the theme “family legacy”.

New Horizons, a media enterprise founded by Moroka, is a legacy for his family, a legacy Karabo and Tau want to carry forward.

“Now is the time to establish family legacies that move our country forward,” said Generations creator Mfundi Vundla in a press release.

Ferguson, Seiphemo and Ronnie Nyakale, who plays Cosmo, were the only familiar faces in the first episode. The characters of Angela and Jonathan Motene (Tau’s children) played by actors Wright Ngubeni and Dineo Nchabeleng in the previous Generations, have been replaced by JT Medupi and Lebogang Mthunzi. The rest of the cast is made up of new characters with fresh story lines. There was no mention of the old cast in last night’s episode. It’s like they never existed.

No creativity
In an interview with SABC 3 breakfast show Espresso, Vundla said he expected the soapie’s viewership numbers to take a knock. Last night’s episode did, however, have a feel of the 90s Generations – its glory days when Sello Maake ka Ncube and Tina Jaxa were the faces of the soapie.

Here are the reasons why we think the first episode failed:

It is, however, early days, so perhaps the show will slowly reel us in. Or maybe it is time to shelve our expectations and accept the fact that the soapie can never be what it used to be.

Here is the reaction from some fans:

Also, the old generations you were in wasn’t better. Its just that people were more used to that trash. New trash shock today. So chill.

The lesson of this #generations disappointment: DON’T TAKE TALENT FOR GRANTED!

#BringBackSkeemSaam #generations is hell boring.generations deserves to air during the day