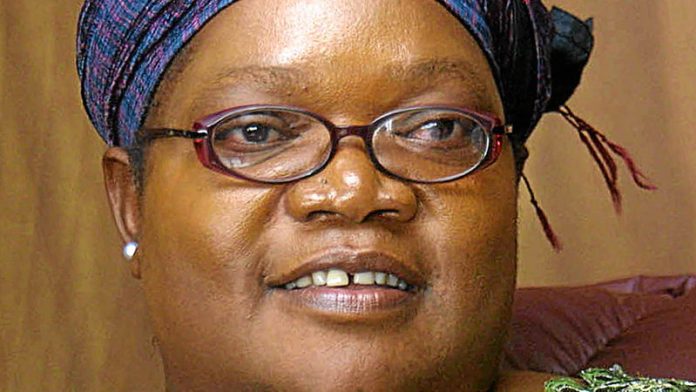 With the removal of Vice-President Joice Mujuru from Zanu-PF’s top brass now a foregone conclusion at the party’s congress in Harare this week, business in Zimbabwe is uneasy.

Removing Mujuru could prove to be costly for the country and its ability to attract foreign investment as she was considered to be one of the last remaining moderates in President Robert Mugabe’s ruling party.

She is a liberation war heroine and has been in every Cabinet under Mugabe since Zanu-PF came to power in 1980. She rose to become the party’s second-in-command 10 years ago. These roles have given her significant clout and have seen her interact closely with business and financial stakeholders.

In nationwide rallies, first lady Grace Mugabe, who is not liked by Mujuru, accused Mujuru of using her influence to solicit bribes and “10% stakes” in foreign firms. Grace said Mujuru was corrupt and incompetent, and called on her to resign.

Grace, who recently entered the political arena, is expected to be endorsed by the congress as the leader of the party’s women’s league.

Lone voice of reason
During the five years of the unity government – a power-sharing agreement that included the opposition Movement for Democratic Change – Mujuru gained a reputation for being more restrained in dealing with the MDC than her Zanu-PF peers.

Taking a rare position, she was often a lone voice, rebuking party officials for the use of violence and the chaotic land seizures by war veterans, urging that property rights be respected.

The former finance minister of the unity government, Tendai Biti, said this week that the events taking place in Zanu-PF were not only about Mujuru being ousted. They had brought to the fore the “predatory” nature of the ruling party, which was detrimental to foreign investment.

“Mujuru is an outstanding female guerrilla and is in a class of her own. She is certainly the most known and most decorated [freedom fighter] and her late husband, Solomon Mujuru, was a liberation war hero with no equal,” Biti said.

“The way that she has been removed from the party leadership points to [the fact] that one has to be crazy to try to invest in a predatory country like ours.

“If Zanu-PF can’t talk among themselves in order to settle disputes, then how will they talk to investors, and what of property rights and the rule of law? The impact is that no one can touch a government like ours, which behaves in a barbaric manner.”

Quest for financial relief
Finance Minister Patrick Chinamasa and John Mangudya, the Reserve Bank of Zimbabwe governor, say Harare is locked in fresh negotiations with Washington, and is seeking credit from the International Monetary Fund and World Bank.

Zimbabwe owes international financiers $8.3-billion and the IMF representative in Harare said earlier this year that Zimbabwe was not poor enough to qualify for debt relief.

Zimbabwe’s overtures to China and Russia for a bailout package have yielded little, with government officials returning home with only memorandums of understanding.

Charles Mangongera, a political analyst, said it was likely that foreign investors understood the complexities of Zanu-PF’s internal power struggles and had not pinned their hopes on Mujuru alone.

Mangongera said the economy had been bleeding because of the absence of a clear succession plan in the ruling party.

“Yes, the decimation of Mujuru’s support structures will exacerbate business nervousness, but I think the damage had already been done,” he said.

Charles Msipa, the president of the Confederation of Zimbabwe Industries, declined to comment on the impact that instability in Zanu-PF was having on business.

“It’s a tough one and I will try to keep my nose out of that one,” he said.

The confederation released a manufacturing report in September, which revealed that 64% of factories in Zimbabwe are idle.