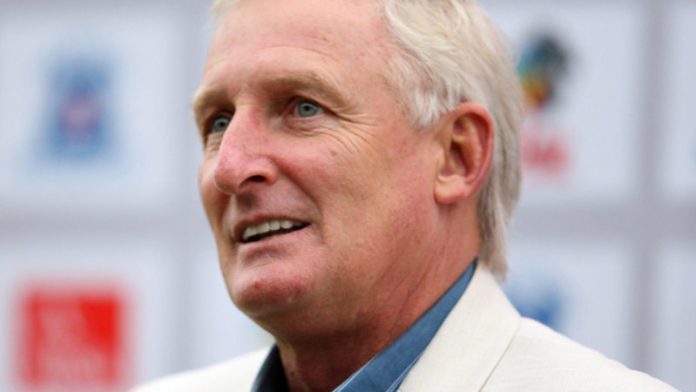 SuperSport fell 18 points behind log-leading Kaizer Chiefs after a 3-1 defeat to city rivals Mamelodi Sundowns in Atteridgeville on Wednesday. “We’re never out of the running but I’m a realistic person,” Igesund said afterwards. “I’ve been in the game a long time and when a team like Kaizer Chiefs gets 13 or 14 points in front of you, it’s not going to be easy for anybody to catch them.”

With 18 games left to salvage a positive season for the Pretoria outfit, catching Amakhosi looks unlikely. The defeat left SuperSport struggling in 11th spot after surging into the lead through Dové Womé, on loan from Sundowns, in the 17th minute. But Khama Billiat cancelled out the opener 15 minutes later with his first of the season, before Themba Zwane added a second on the stroke of half-time.

From bad to worse
Things went from bad to worse for Igesund’s outfit when Thuso Phala, Matsatsantsa’s hero in Saturday’s Telkom Knockout final win over Platinum Stars, was sent off for a trailing elbow on Billiat.

Sundowns capitalised and soon found the back of the net for a third time as Teko Modise wrapped up the points with his stunning shot outside the area, which handed Sundowns their first win in five league outings.

“I was disappointed with the red card that Thuso got. He ran nearly 25 metres with a guy on his back. When he tried to shake him off and try to get away from it, the referee sends him off,” Igesund said.

“I’m never one to complain about those situations, but I’m just hoping the referee can look at this and maybe he can say that he made a mistake.” The former national coach was dealt a further blow when Womé picked up his fourth yellow card of the season, ruling him and Phala out of the next game, against Ajax Cape Town, over the weekend.

Grooming players
Igesund, however, chose to look on the bright side. “Both of those players have been in fantastic form. Womé pulled a hamstring, but he picked up his fourth yellow card so he’ll be suspended anyway. Maybe that’s a blessing for us, it will give him a bit of a rest.

“The rest will do Thuso good as well because, after the cup final, he looked a bit flat. He’s the type of player that works hard in a game.” Igesund said he would use the remainder of the 2014/ 15 season to groom the youngsters in the club.

“We’ve won the cup and we will obviously try and finish in the top eight and as high as we can, but I want to use this period between now and the end of the season just to start grooming some players in the right areas, see what we need and take it from there.” – Sapa