A new kind of fatherhood can prevent violence 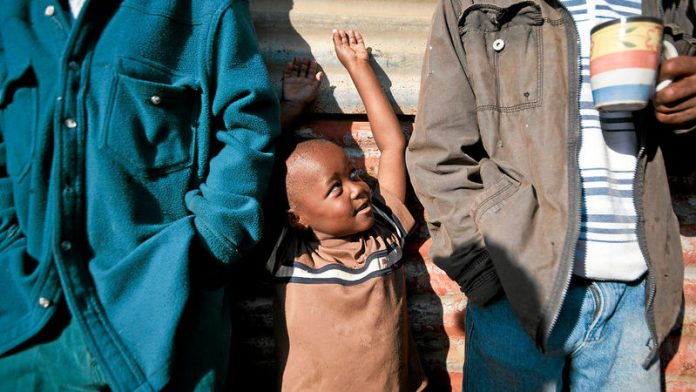 I heard a familiar complaint from a new father recently: “My baby’s asleep when I leave in the morning and by the time I get home, he’s asleep again. The only time I get to interact with him in the week is at night when he cries for us and I get up to put him back to sleep.”

This speaks to more than a new father’s struggle with his schedule. It shows up a faultline in society and represents a potential opportunity to reduce the high levels of gender-based violence, including violence against children.

The annual global campaign promoting 16 days of activism to end violence against women and children is bracketed by two significant days. Twenty-five years ago on November 20, the United Nations general assembly adopted the Convention on the Rights of the Child, the most widely ratified human rights treaty in history, to which South Africa is a signatory. December 10, the last day of the 16 days campaign, is International Human Rights Day.

In South Africa, we are still trying to connect the two and make children’s rights as respected and understood as human rights. We have a long way to go. According to a recent KPMG study (with input from Sonke Gender Justice), gender-based violence costs South Africa R20?billion to R40?billion per year, using conservative estimates. Despite this massive human and financial cost, we are not yet directing enough resources and attention to effectively prevent violence in South Africa.

Read: ‘How do I get my child’s father to take responsibility?’
Read: Challenge misogyny…and 11 other ways to make women equal to men

An obvious step to prevent violence against children is to improve the care that they receive. This will have an effect in the short term as it will reduce the ill effects of neglect and enhance the protective role of caregivers in the child’s life.

More than half of all children in South Africa do not have their fathers present at home; most live apart from the children and many fathers are deceased.

Don’t expose your kids to violence
Several studies, including the recent International Men and Gender Equality Survey, have shown that one of the main reasons adults use violence is that they were exposed to violence as children.

Improving care and reducing children’s exposure to violence will therefore have a long-term preventative effect. It follows that preventing violence in South Africa requires men to get more involved in looking after their children.

But this should not be misinterpreted as the old call to bring back the “head of the household”. The message that fathers are needed in families is often conflated with the myth that we need to return to how things were when men were in charge. We don’t just need fathers. We need “new fathers”.

A new father can mean two things: a man who has just become a father, and a dad who doesn’t conform to old ideas of the father as merely a breadwinner but who is hands-on with the nitty-gritty care work of raising his children.

The new kind of fatherhood requires gender equality and a good relationship between parents, regardless of whether it’s a romantic relationship or not, as its cornerstones.

The new father expands his contribution to care from the usual financial role of “caring for” to a more engaged role of “giving care”. Caring for requires that you take responsibility for the wellbeing of a person. Giving care refers to actually being physically in touch with the person – in the same space, with you physically and directly providing care to them, like washing, feeding or holding.

Men should provide more than financial care
So, with so many unemployed fathers and so many children in need of care, one may wonder why so many fathers do not spend their time giving care to children.

When we asked young absentee fathers why they are absent, the most frequent response we heard was that a father is someone who provides money – or “cares” – for a child. With no money, they felt they couldn’t be fathers.

Herein lies an opportunity to include actual caregiving in the notion of men’s care. We may be able to get more men involved in looking after children if financial support is not seen as the only way of supporting them. This is the new fatherhood, with men actively involved in giving care.

There is a reduced risk of children being exposed to violence, as well as of physical punishment being used. This is because the more involved parents are, the more time they give to positive parenting and the less they resort to physical punishment.

Start the shift these holidays
A shift to the new fatherhood in South Africa will not just depend on the few fathers who are lucky enough to be able to take time off to give care. It will require social shifts as well as a move to more parenting-friendly workplace practices, such as increased paternity leave.

But we can start the shifts in our own lives now. As the 16 days campaign draws to a close and we move towards holiday time, it is the perfect opportunity for men to spend more time doing care work at home, with their children.

And besides being on the PlayStation or in front of the television, spending a few moments each day really being in touch with their children and building the bonds that will help them avoid exposure to violence will benefit all the family – including the fathers, who will realise that time with children is not just about work, but also love.

Helpline a lifeline for those at risk