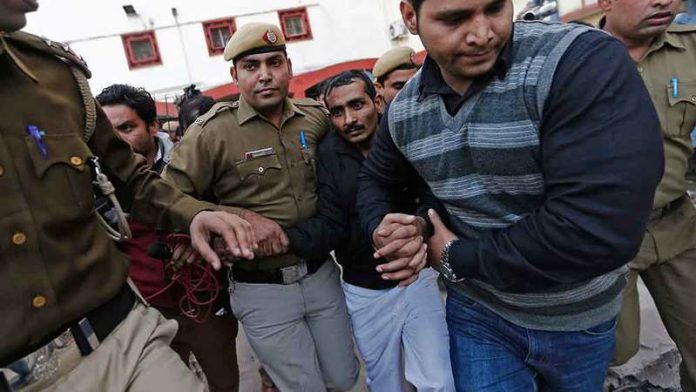 United States online ride-hailing service Uber has been banned from operating in the Indian capital after a female passenger accused one of its drivers of rape, a case that has reignited a debate about the safety of women in the South Asian nation.

Uber, which had employed the driver even though he had been arrested on allegations of sexual assault three years ago, would be blacklisted from providing any future services in the New Delhi area, the city’s transport department said in a statement.

The attack is the latest to draw attention to the dangers faced by women in the world’s second-most populous nation. Even after the enactment of new laws imposing stricter penalties and establishing fast-track courts, India is struggling to tame attitudes that leave women vulnerable to harassment and rape.

“Keeping in view the violation and the horrific crime committed by the driver, the transport department has banned all activities relating to providing any transport service by the www.Uber.com,” special commissioner Kuldeep Singh Gangar said.

A spokesperson for Uber said she could not immediately comment.

The arrested driver, Shiv Kumar Yadav, appeared in court on Monday and was remanded in custody for three days. He was arrested on charges of raping a woman three years ago but was later acquitted, police said.

Indian police said they were considering legal action against the taxi service for failing to run background checks on the driver. The company said there were no defined rules in India on background checks for commercial transport licences and it was working with the government to address the issue.

“What happened over the weekend in New Delhi is horrific,” Travis Kalanick, Uber’s chief executive, said in a statement before the ban. “We will do everything, I repeat, everything to help bring this perpetrator to justice.”

Police said the 32-year-old driver dropped the woman home after attacking her and warned her not to inform the authorities. She managed to note the driver’s number and take a photograph of his car, they said.

The sexual assault happened two years after the fatal gang rape of another young woman taking public transport in New Delhi. That case led to nationwide protests and forced the government to address demands for heavier sentences for rape.

Danger at night
India is the fourth-most dangerous place for a woman to take public transport, according to a poll published in October by the Thomson Reuters Foundation. It was ranked second-worst on safety at night and for verbal harassment.

On average, 40 cases of crimes against women are registered daily by Delhi police. This included at least four cases of rape every day, the Minister of State for Home Affairs Haribhai Parthibhai Chaudhary told parliament last week.

Monica Kumar, a clinical psychologist who heads the Delhi-based Manas Foundation, said many taxi drivers were migrants from less-developed areas where patriarchal attitudes remain prevalent and were not accustomed to seeing women out alone late at night or dressed differently.

“The conversations about the changing scenario in cities like Delhi where women are becoming more empowered are just not happening,” said Kumar, which runs gender-sensitisation classes for rickshaw drivers.

The criticism of Uber comes at a time when the company has faced critical news coverage over its driver screening in the United States, and has apologised for comments by an executive who suggested “digging up dirt” on journalists investigating the firm.

That has not stopped the San Francisco-based firm from raising investment that values it at $40-billion, reflecting the perceived potential of its expansion into high-growth markets like India. – Reuters

Malini Menon
Ex-Reuters journalist. Prior to that with International Financing Review in London. Opinions are my own and links are not endorsements. Malini Menon has over 477 followers on Twitter.
Facebook
Twitter
WhatsApp
Linkedin
ReddIt
Email
Print