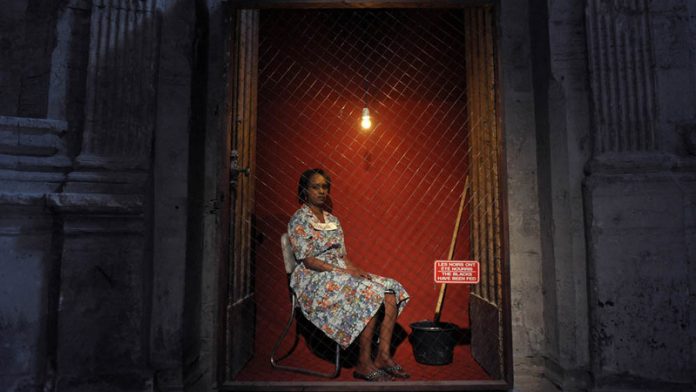 In September, a Change.org petition against showing Cape Town artist Brett Bailey’s Exhibit B at the Barbican Gallery in London drew worldwide attention – and 22 988 supporters.

The exhibition – a performance artwork that recreates a colonial human zoo in which black people are put on exhibit in historical scenarios – was again petitioned in November to prevent its showing in Paris, drawing 20 433 signatories, who believe that it is racist.

Meanwhile, right in the Mother City, an Avaaz.org petition calling for the removal of the Perceiving Freedom artwork from the Sea Point promenade has received just over 1 000 signatures over the past month.

Can logging into a website and adding your name to a list really change the world of art?

The self-righteous mob
The London showing of Exhibit B was cancelled, but only after protestors created a disturbance on the opening night. Immediately, prominent theatre, art and museum curators from around the world rallied around what was labelled an act of bottom-up censorship.

Bailey has labelled the protestors a “self-righteous mob”, and decried the fact that none of them have actually seen the exhibition.

In Paris, however, the show goes on, despite protestors having smashed the door on the opening night.

Just a month since Paul McCarthy’s inflatable Christmas tree that resembled a buttplug was vandalised, forcing it to be removed, Fleur Pellerin, the French cultural minister, has come out in full support of Exhibit B, saying that they refuse to give in to censorship and intimidation.

A Paris court concurs, with a judge ruling against a collective of artists calling themselves “Against Exhibit B”, who brought a case against the City of Paris on December 8, to close down Exhibit B on the grounds of it being humiliating.

On Tuesday the judge said that: “The artistic representation in question unambiguously condemns the enslavement of black people during the colonial period and their treatment, contrary to the principle of respect for human dignity or human rights in the contemporary world.”

“The huge city block-sized building is completely sealed off by 300 policemen. One has to go through a labyrinthine security rigmarole to enter the cultural centre.

“We are performing in the bowels of the building with no access to what’s going on outside: apparently 100 or so protesters … Somebody in security said to me: ‘Its costing a fortune, 300 policemen, outside, in the rain, on a Sunday’.

“‘Hmm’, I thought. Maybe if your taxes were used to provide better opportunities for disenfranchised second-class citizens in the first place, the harvest wouldn’t be so bitter,” wrote Bailey.

The number game
The organisers of the Perceiving Freedom petition, John Nankin, Candice Breitz and Lizza Littlewort, know that they can’t “play the numbers game”, given the niche interest of visual art.

Instead, they have aimed to make their 1 000 signatories really count. Rather than a self-righteous mob, they have curated a who’s-who list of art experts as supporters.

“Many really well-known and influential academics, curators, critics, artists, as well as prominent people in other fields of culture signed,” says Nankin, making a special point to highlight the support of the original selection committee of Art 54, the project that Perceiving Freedom forms part of, as well as other artists involved in the project.

Nonetheless, the fact that the petition calls for the removal of the artwork may be why there are not more supporters, since it can be perceived to be censorship.

However, despite the widespread criticism of the actual artwork and concept, the organisers stipulate that they are not calling for its removal because of the nature of the work, but because it has become clear that due process has not been followed.

As one of the original Art54 curators, Farzanah Badsha, explained to the Daily Maverick, neither the artwork in its current form nor its location is what was originally approved. In other words, the petition calls for some form of justice, not an insurrection of popular opinion.

Will that give the petition more clout? Now we wait. Nankin says that they hope to present the petition to the City of Cape Town early next year, and it is still open for signatures – uh, clicks.