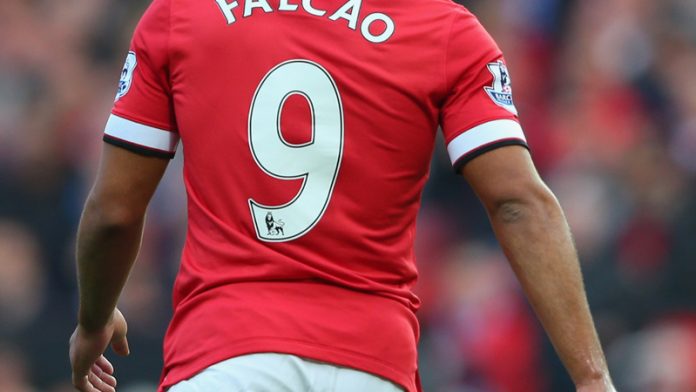 The growing significance of social media to the 21st-century global football club was illustrated clearly last month when Manchester United’s Ed Woodward’s conference call regarding the latest accounts began by focusing on the club’s digital presence.

“Angel di Maria saw a 12-times increase on Google searches on the day of his transfer from Real Madrid, [Radamel] Falcao a 10-times increase compared to the day he signed for Atletico [Madrid]. When Daley Blind signed from Ajax his total Twitter following increased [by] 72%,” United’s executive vice-chairperson said.

Woodward’s last comment is the big reveal of why United and their competitors are in a social media arms race to engage digitally with supporters. The modern-day leviathan club views itself as a multinational concern involved in a quest to corral as many fans worldwide for optimal commercial return.

The quartet have become vital to United, Manchester City, Chelsea, Liverpool, Real Madrid and Barcelona, as well as the other clubs that rank among the 10 most popular on their respective platforms. Today’s football is no longer about just the fans who turn up to watch their team; far from it.

As Tim Bridge, a consultant at the football finance experts Deloitte, says, “Quite simply, clubs cannot afford not to. For many, social media has become their default source for information. If clubs don’t engage with their fans using the most modern and popular methods they may be open to criticism, or even lose fan support.”

The use of social media is only going to increase – the modern-day fan’s connection with his or her club comes as much from an online video clip from training as it does from attending a match on a Saturday. Clubs know they must embrace this.”

Facebook has greatest reach
United were viewed as relative dinosaurs for not having a Twitter account until the summer of 2013, but, as Woodward’s conference call illustrates, under his leadership the club is now primed regarding how vital and, more pertinently, valuable a slick social media presence is.

Of the big four, Facebook has the greatest reach, according to their spokesperson Glenn Miller, engaging over “1.3-billion people, including 500-million football fans”; Barcelona have 79.1-million likes; Real Madrid are not far behind on 77.7-million; and United are third with 61.6-million.

The same clubs dominate on Twitter and Instagram, which was bought by Facebook in April 2012 for $1-billion, and is primarily a photo-sharing platform that allows clubs to offer visual content to fans. “With over 200-million people now posting and interacting through Instagram every month, there are a growing number of football fans on the platform,” says Miller.

“Clubs who embrace Instagram are sharing content in a new and exciting way – it could be behind-the-scenes photos of training, or announcements of new signings or squad lineups. Fans love to get an inside look into the day-to-day of the world’s biggest clubs.”

Virtual arena
Once the traditional pre-season tour may have been to Europe for a week or so. Now, United, Real, Barcelona and company fly to more distant destinations in the battle for greater revenue. However, not every part of the world can be covered in a summer.

So might the virtual arena become as essential as the annual money-spinner? Tomos Grace, YouTube’s head of United Kingdom sport, says, “YouTube certainly plays an important role in the global visibility of the clubs. For example, fans in Indonesia will connect daily to the Manchester City YouTube channel to check for updates. Where else will they get daily video news on their favourite club?”

City are in many ways the Premier League’s pioneers, constantly innovating in ways to freshen up product and content. In October the club launched its CityMatchday app.

“The idea came from our fans – observing what they do and understanding their needs,” says Diego Gigliani, director of media and fan relationship.

Monetising virtual presence
But – and here is the rub – given the commercial imperative behind the prioritising of social media, beyond being a driver of revenue, can a club’s virtual presence itself actually be monetised?

“While clubs like Real Madrid and Barcelona have over 10-million followers on Twitter of their [first language] accounts, there is little or no evidence of any direct revenue from this. We can assume clubs will see some indirect revenue as they release information to their followers of how to buy tickets or merchandise.

“However, it is difficult to assess whether social media has provided an increase in these revenue streams, or whether those fans would have made those purchases via the more traditional routes anyway,” says Bridge.

This is the next – but arguably the most important – challenge in the social media arms race.

The Argentinian icon died at his home on Wednesday, two weeks after having surgery on a blood clot in his brain
Read more
Sport

And it shouldn’t be. The search for absolute fairness is spoiling the way football is played
Read more
Sport

Desiree Ellis has a deep understanding of the development of women’s football in South Africa. The Banyana Banyana head coach talks to Luke Feltham about how the women’s game has changed over her 40-year career
Read more
Advertising