An extraordinary new era of podcasting is upon us 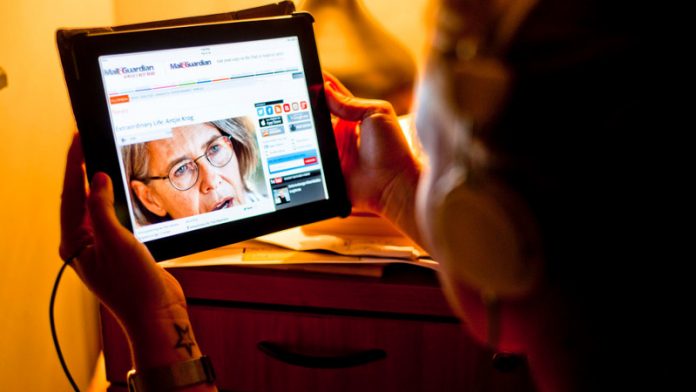 The red-faced man in the car next to me slammed his fist into his hooter. The woman in the car behind me threw up her hands. It was peak-hour traffic and I was captive to the gridlock. I couldn’t be happier. It’s not like I had an appointment with the dentist or an accountant.

Like everyone else in the city I had places to go and hands to shake but, unlike them, I had a feast of podcasts waiting for me: This American Life; The Gist, Death, Sex + Money, Monocle 24, The Moth, BBC Radio 4’s Friday Night Comedy and RadioLab.

I listened to an episode of This American Life about superheroes. Which superpower would you choose, asked the narrator, flight or invisibility? Flight. Definitely flight. Although imagine the front-page scoops I could get with invisibility?

A year earlier I would have been another frazzled commuter, hooting and road raging all the way home, but since becoming a podcast junkie I arrive home calm and better informed.

I hated the drive home. I’d jump from radio station to radio station, a slave to Gary from Greenside and Barry from Belville’s inane opinions. But Steve Jobs saved me from radio hell when he launched the iPod in 2001.

He may not have realised it then but this device not only revolutionised music storage, it also introduced a new platform for journalism. Podcasts – audio shows – about politics, sports, satire, science, literature, money and music were only a download away.

After a lull in the podcast industry, media experts agree there’s been a recent resurgence in the platform, dubbing it the Golden Age of Podcasting. At the heart of the renaissance is This American Life, an hour-long weekly show split into theme-based stories. It’s quirky, powerful, poignant and painstakingly researched; it’s storytelling at its gripping best.

Podcast sensation
Three months ago the producers of This American Life launched Serial. On Thursdays I check my cellphone every 30 seconds for a notification that the next episode of Serial is ready to download. Serial, a podcast whodunnit, investigates the case of Adnan Syed, convicted of the 1999 murder of his ex-girlfriend Hae Min Lee. Serial snowballed and, five million subscribers later, has become a podcast sensation with pro- and anti-Adnan groups debating the merits of his conviction.

It’s not difficult to see why podcasting is so popular. You can listen while commuting, cooking, walking and when you wake up at 3am from a nightmare about the imminent death of newspapers.

Podcasts are accessible thanks to smartphones, cars with built-in internet capacity and finding wi-fi wherever you go (even in some Cape Town minibus taxis). And they’re free – good news for listeners, but not so much for budding podcast entrepreneurs.

The first podcast, which is hosted by the Mail & Guardian, is a biographical series called Extraordinary Lives, which celebrates remarkable people. The format is simple: an inspiring person nominates someone who has inspired them. I bring the nominator into a studio with an expert in the field and we discuss the extraordinary person’s life and legacy.

I’m yet to crack the podcast business model (Extraordinary Lives is sponsored by Sillito Environmental Consulting), but I believe excellent content will attract listeners who will bring advertisers to the party.

There are so many intriguing local stories waiting to be told – and they’re coming to an ear near you. Who needs invisibility or flight? Helping to save South Africans from Gary in Greenside and Barry in Belville and reducing road rage on South African roads could be my actual superpower.

The world has become a more complicated place — that doesn’t mean your reporting has to be.
Read more
Africa

Hodan Nalayeh was a Somali journalist famous for telling uplifting, positive stories about her country. She was killed in a terrorist attack in Kismayo in July 2019. A year later, the writer Ifrah Udgoon remembers how Nalayeh’s life and work shaped her own
Read more
Opinion

Journalists need to value criticism of their work to the same degree they value press freedom, argues Julie Reid in this extract from ‘Tell Our Story: Multiplying Voices in the News Media’
Read more
Opinion

With many readers coming to news sites from social media links, they may not pay attention to the subtle clues that mark a story published by the opinion staff
Read more
Advertising
Continue to the category
Education