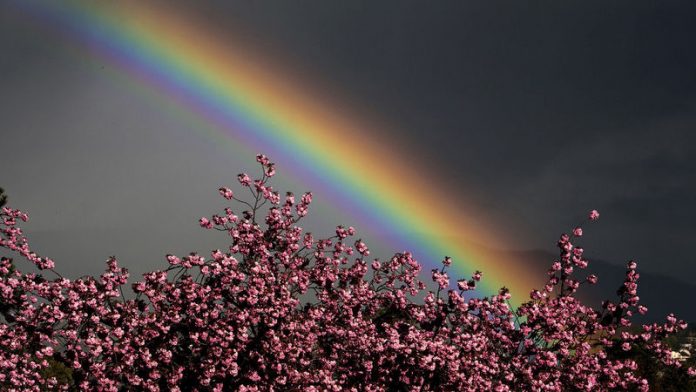 It was 30 years ago that the Nobel peace prize was awarded to Desmond Tutu, the man who also applied the phrase “the rainbow nation” to South Africa as it celebrated the advent of democracy.

There may have been some semblance of a rainbow nation in those early days of our democracy – a nation united across all the colours that were used to differentiate us and keep us apart – but today’s South Africa feels less like a shining, multicoloured rainbow than ever.

The recent release of the annual South African Reconciliation Barometer shows increasing hostility across racial lines. Other studies show less trust in government by citizens. There is a connection here: Nelson Mandela’s project of reconciliation was also one of restitution and nation building, and it has foundered. If the state can’t provide properly for the people, groups fighting one another for access to resources will appear. There is a gap in the government’s ability to deliver on the expectations of the populace, even as the state becomes the battleground of sectional interests.

The level of racial rhetoric also appears to have risen significantly. In the case of right-wing Afrikaners such as singer Steve Hofmeyr, who can’t help blaming black people in general for all that is wrong, matters ended in court – though that may not shut him up. More than one racial insult or assault has recently been captured on camera and exposed (as the Mail & Guardian did last week), but it’s hard to imagine that this will end them.

Resentment on both sides of the racial divide seems only to be increasing: whites blame blacks for government’s failures, including Eskom’s inability to keep the lights on, whereas black people look at white people’s relative wealth and ask what has changed since apartheid ended.

We need to get back to the idea of the rainbow nation, not naively but with the knowledge gained over the past 20 years of democratic government – and work out how, at least, to make that rainbow a vision of our future.

Leon Schuster is having a few movies of his removed from Showmax and Phumlani Pikoli figures: what better time to reflect on this bruh than now?
Read more
Opinion

Should we really celebrate the equality court ruling on the apartheid flag?

The recent ruling that displaying the old South African flag is hate speech has been welcomed in many circles. But it could have gone a lot further
Read more
Opinion

This starts with the economy. And a look back at 20 years of our founding document reveals how far we have come and how far we still have to go.
Read more
Friday

Review: The People versus the Rainbow Nation

This new documentary is a rollercoaster ride of students' struggles for free education. But does it move you?
Read more
Friday

Ben Okri’s recent talk in Pretoria on African renaissance, left some indignant and still nowhere closer to discovering their own “mini enlightenment”.
Read more
Advertising
Continue to the category
National