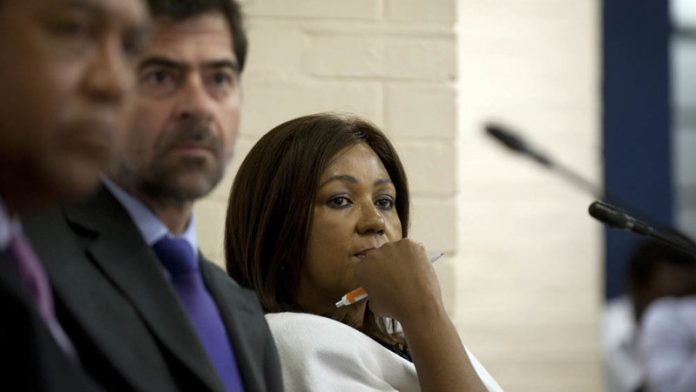 “Cabinet approved the following appointments subject to the verification of qualifications and the relevant experience … ” a giggling Minister in the Presidency Jeff Radebe told journalists in Pretoria, following Wednesday’s fortnightly Cabinet meeting.

Tshabalala made headlines over the past few months over her inability to produce the BCom degree and Industrial Relations diploma she claimed she’d received from Unisa.

A parliamentary inquiry recently found her guilty of lying on her CV when she applied for the job as SABC chairperson, after a Unisa official testified their records disproved her claims.

She did however register, but failed so badly she did not even qualify to re-register for one of the courses.

New members
Eleven people were appointed to serve on the new Transnet board.

Linda Mabaso will chair the board, while Yasmin Forbes and Nazmeera Moola were reappointed.

Zola Tsotsi was reappointed Eskom board chairperson, with Chwayita Mabude being the only other reappointment.