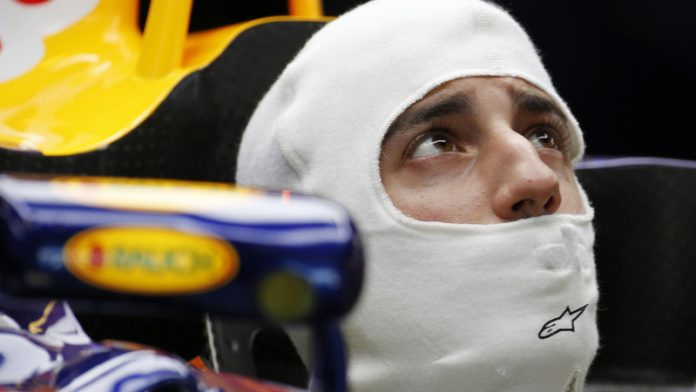 Daniel Ricciardo’s stellar year, which saw him finish third in the drivers standings behind Mercedes drivers Lewis Hamilton and Nico Rosberg, has him now setting his sights on the championship.

“I definitely think I can,” he told reporters in Melbourne in launching the season-opening 2015 Australian Grand Prix when asked if he could be a title contender.

“It’s a long season and a lot comes into play, but I definitely believe if I got the opportunity and the equipment behind me, then I can do it.

“I proved this year I’m a race winner and can race hard at the front and deal with the pressure.”

His new partner will be Russian Daniil Kvyat, who switches from Toro Rosso.

Ricciardo famously started the 2014 season by finishing second in Melbourne, only for officials to disqualify him over a technical infringement.

“Looking back, what happened on Sunday night here, if anything, just fuelled a bigger fire which was already in me,” he said.

“It served me well for the rest of the season. It gave me a taste and then took it away, so it made me want to get back there.

“I’m already hanging out for March – try and get a little bit of redemption.”

The new season gets under way at Albert Park in Melbourne on March 15. – AFP