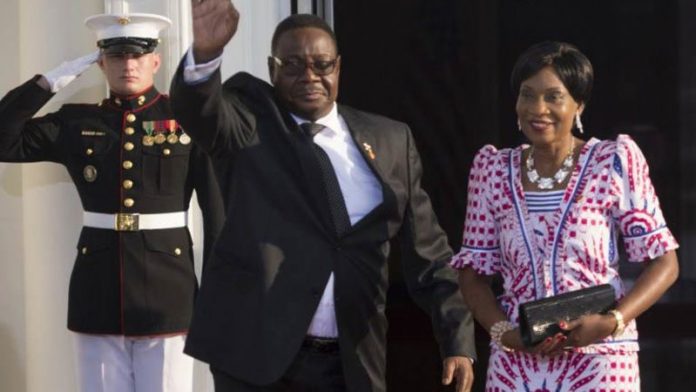 Malawian civil society organisations have mounted a campaign asking first lady Gertrude Mutharika to refund about $22?000 that her Beautify Malawi (Beam) trust received from government ministries and the National Aids Commission for its official launch.

The organisations say they will embark on nationwide demonstrations if Mutharika fails to return the money.

The president’s wife wrote to each of the 20 government ministers and their deputies, asking them to contribute $600 towards the September launch of her nonprofit trust, which is aimed at achieving a cleaner and healthier Malawi.

Three ministers, who requested anonymity because of the sensitivity of the issue, confirmed separately to the Mail & Guardian that they used their monthly government allocations to meet the first lady’s request.

“No minister could have paid that out of their pockets. That’s a lot of money here,” one minister said.

The ministers said that, after they received letters from Mutharika, there were several follow-ups from the trust’s staff – and it became difficult for them to decline the request.

“It is like we were ordered at gunpoint to release the money to support her launch,” the source said.

The Beam trust does not carry out HIV and Aids work, yet it received $10?000 from the Aids commission after Mutharika wrote to it. The body funds organisations that carry out HIV- and Aids-related work, but must first submit a detailed project proposal, which Mutharika did not do.

‘Beam won’t refund’ – First Lady
But the first lady has put her foot down, saying her Beam trust will not refund the money and that such calls are politically motivated.

Mutharika also maintains that there is nothing wrong with the way she solicited the money, despite using state apparatus to do so.

Minister of Information Kondwani Nankhumwa said on Monday that the Malawian government cannot refund money that independent organisations have been given for their own use.

Beam vice-chairperson Dr Collins Magalasi said: “There was nothing irregular in the manner in which the said funds were sourced.”

He said the trust had delivered standard letters to more than 200 companies and organisations, introducing it to prospective stakeholders and partners.

“The said letters called for goodwill and support from the recipients, in addition to any financial support [they could offer] towards the launch activities.

“In the specific case of [the Aids commission], they decided to participate in the launch through the purchase of a [$6?000] dinner table for their staff and stakeholders, as well as through buying space in the dinner venue to the tune of [$4?000] for the advertisement of HIV and Aids messages through roll-up banners,” he said.

Civil society bodies have given Mutharika a seven-day ultimatum, which expires this week, to pay back the money, saying they will demonstrate should she fail to do so.

But Beam board member Mavuto Bamusi said: “They [the nongovernmental organisations] are just jealous of the first lady’s trust. They can go ahead with demonstrations. After all, it is their constitutional right.”

Malawi Health Equity Network director Martha Kwataine said it was unfair for Mutharika to misuse money meant for Aids care, putting the lives of Malawians at risk to promote her trust.

“If she fails to refund the money then she has swallowed a bitter pill, because we will not stop our calls,” Kwataine said.

Locals have also written to international group the Global Fund to Fight Aids, Tuberculosis and Malaria, which funds the Aids commission, asking it to close the aid taps until a forensic audit is done.

For its part, the Aids commission has defended the donation. “[We] did not grant any money … but rather participated in the Beautify Malawi launch activities,” acting executive director Davie Kalomba said.

This is not the first time the Aids commission has been embroiled in a controversy regarding funds. In February 2014 it had to refund $4?million to the Global Fund, which had been misappropriated through ineligible transactions and inadequate supporting documentation.