It’s SA or nothing for Kevin Anderson 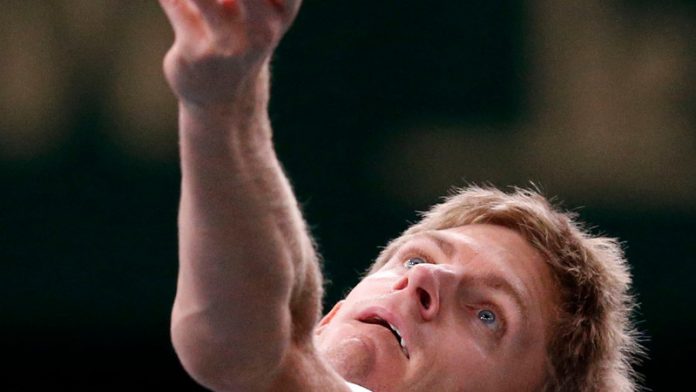 The International Tennis Federation (ITF), at its recent annual general meeting, passed a resolution whereby a player will be allowed to represent only one country at senior level during his career.

This ruling replaced the one that allowed a player to switch allegiance from one country to another at international level after what could in effect be called a “divorce” period of three years, during which the player would not play for his or her original country.

The switch, which falls in line with the rulings of several other international sporting controlling bodies, including Fifa, was confirmed this week by the ITF spokesperson, Nick Imison.

“The decision will come into force on the first day of 2015,” he said, “but it will be retrospective, and players representing their country in any official senior competition before this date will not be able to appear in the colours of another during his playing career.”

It is not earth-shattering news to many perhaps, but for South African tennis, in particular, it has special significance for what has been a depressing, sometimes acrimonious, three-year controversy, with the country’s 16th world-ranked player, Kevin Anderson, with his formidable serve, declining all overtures to represent his country.

Dual citizenship
The 28-year-old, 2.03m Anderson, who lives in Delray Beach in Florida and is married to an American, has applied for dual nationality and, in accordance with the old ITF ruling, would have been eligible to represent the United States at Davis Cup and any other level from next year.

Before the ITF switch, Chris Widmaier, the managing director of communications for the US Tennis Association (USTA), said that, once Anderson had acquired his American citizenship and if he expressed a desire to represent the US, the matter would be considered.

But American tennis at men’s level is possibly at its lowest-ever ebb and, with Anderson ranked higher in the world rankings than any US players, it would have been reasonable to assume the USTA would not have readily rejected any reinforcements.

But Anderson, in what understandably developed into a delicate and somewhat volatile issue for South Africans, as the country found itself in the doldrums and descended through relegation into the Davis Cup’s third tier, at no time expressed a desire to represent the US.

He has said his reluctance to appear in the Davis Cup for the past three years was principally to further his career in the Association of Tennis Professionals World Tour circuit and because of the financial and other implications of interrupting his tournament schedule.

He also disputed that he lacked patriotism and said applying for dual nationality was logical in view of the fact that he was living in the US, which would help him in obtaining visas for his busy international programme.

But many South Africans, including top former players such as Abe Segal and Kevin Curren, believe his patriotism could be better displayed by playing in the Davis Cup, where his services are urgently needed and irreplaceable.

South Africa’s second-highest player in the world rankings after Anderson is Fritz Wolmarans at a modest 415th, something that would have been unthinkable in the past for a country that was once rated in the top echelon of tennis-playing nations, that has won the prized Davis Cup and that could boast of having as many as five players in the top 100 at one stage.

South Africa are due to meet Turkey in Istanbul in a Euro-Africa group two Davis Cup encounter in March and will face an awkward opponent in the 104th world-ranked Marsel Ilhan on unfamiliar clay courts.

“Losing to Turkey,” says Segal, “it would have been unthinkable in the past. But without Anderson it is possible and we could sink deeper into the mire.”

Olympic qualification
So what will be Anderson’s attitude now that his US option has been yanked from under his feet – now that it is South Africa or nothing?

And another factor Anderson will no doubt consider is that, if he declines to play in the Davis Cup in 2015 and 2016, he will not, in accordance with ITF rules, be eligible to participate in the 2016 Olympic Games in Rio.

“Obviously we would like to see him in the squad against Turkey,” says Tennis South Africa president Gavin Crookes.

“Our representatives have been talking to him on the issue and, like all the other potential candidates, we are waiting for a reply on his availability.”