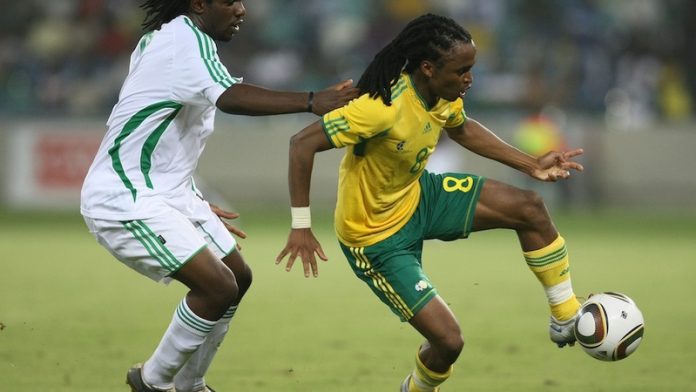 When I put it to Dominic Chimhavi, the South African Football Association’s media liaison man, that Fifa’s latest investigation into the Bafana Bafana match-fixing scandal of 2010 is farcical, his response is charmingly predictable. “No, no,” he replies. “We wouldn’t want to comment upon that.”

Throughout our brief phone interview, Chimhavi was at pains to deflect all inquiries to Switzerland, pointing out that it was Cornel Borbely’s investigations chamber at Fifa that was undertaking the investigation. All questions, he said, should go north.

When he was gently reminded that Safa people – among them Barney Kujane and chief executive Dennis Mumble – were being investigated, he rapidly changed the subject, a crude but effective strategy.

When it comes to the fixing of four Bafana Bafana friendlies in May 2010, it’s impossible to resist the conclusion that Safa has been changing the subject now for well over four years.

The whole tiresome escapade has been given fresh legs in recent weeks, however, with two parallel developments. Last week the football world was all abuzz with the news that Lindile “Ace” Kika, a kingpin in the match-fixing scandal, had resigned his Safa post, coming shortly after Fifa’s announcement that they would be heading south – probably in the new year – at least to give the impression that they’re serious about getting to the bottom of the sorry mess once and for all.

Central to scandal
The two developments are related, although how closely remains a matter of debate. Kika was central in the original match-fixing scandal, having been fingered as the man who conspired to field a corrupt referee for a pre-World Cup friendly between Nigeria and North Korea, among other misdemeanours.

The initial report released by Fifa security in 2012 found him to be an unreliable witness and noted that the investigation might have ended up having more bite if they had been allowed access to Kika’s private Gmail account, on which he dealt with Wilson Perumal and his gang of self-confessed fixers.

That Kika has remained immune from prosecution leads one to suspect that the scandal might involve complicity by the government and Fifa themselves.

Kika was seconded to Safa from the Eastern Cape government. The tentacles of the match-fixing brouhaha could reach into depths murkier than anyone initially thought.

Joining the dots, the media have interpreted Kika’s resignation as evidence of guilt, although the alternative explanation could simply be that Safa has nearly finished a protracted bout of restructuring, which has not been kind to underperforming middle and upper management.

“It could be that he was about to lose his job anyway,” a Safa source said. “Why should he be alarmed by Fifa’s visit? He hasn’t given the impression of being perturbed up until now.”

Gathering evidence
A broadly similar view was shared by Terry Steans, the author of the original Fifa report. Speaking from Nottingham, Steans said: “Kika takes with him any evidence he has, which also applies to [Leslie] Sedibe [Safa’s chief executive in 2010]. Sedibe is not an employee but will talk if called but say very little. This is the very reason I recommended a police investigation in the first place.

“They have the weight of the law, tools and instruments to gather evidence from areas like personal email accounts. Fifa don’t.

“The only other option is to get the fixers to give evidence. They won’t. But the South African police should have visited Wilson like other police forces have.”

Fifa’s second investigation (which is being conducted by Fifa’s ethics committee – an oxymoron, surely? – rather than Fifa security) and, Kika’s resignation aside, there is a host of unanswered questions. Why, for example, was Fifa’s original report so artfully circumscribed?

The simple answer is that Fifa only investigated matches it found contracts for, but this is problematic in two respects. First, “lost” contracts doesn’t mean friendlies didn’t take place. Second, Sedibe’s laptop mysteriously disappeared before the investigation could begin, and so investigators didn’t have access to what was on it.

As far as suspicious friendlies are concerned, two matches – against Zimbabwe in January 2010 and against Namibia two months later – have emerged as being problematic. Mumble was quoted in the original Fifa report as being bothered by the Zimbabwe friendly, taking place against a team from an association that had been infiltrated by Perumal and his people as far back as 2007.

And as for the Namibia match, the then coach of Namibia was Belgian Tom Saintfiet, who recently had a brief coaching spell with Free State Stars. Saintfiet told me that he saw two dubious individuals lurking in the hotel lobby on the day before the friendly, and he had spoken about it to his goalkeeper.

It has emerged that one of these two was Perumal, the convicted Singaporean fixer who masterminded the Bafana scandal, and who now lives in Hungary and sells his story for vast amounts to CNN.

Very stern talk
“I had to have a very stern talk with my boys before because I was scared that the match [against Bafana] was going to be fixed,” Saintfiet told me before he left for Belgium, his relationship with Stars having ground to an abrupt halt.

Rightly or wrongly, the initial Fifa report also gave the impression that the fixing came and went with the 2010 World Cup. This is unlikely to have been the case. South Africa, for example, hosted the African Youth Championships in early 2011, when the original hosts, Libya, were unable to do so.

Known fixers attended the matches, as did Jonathan Musavengana, the convicted fraudster who was once programmes officer for the Zimbabwean Football Association. Members of Safa’s upper echelons were made aware of suspicious behaviour surrounding matches but chose to do nothing in the hope that nothing was awry, a strategy they have found useful in the interim.

Although Safa does seem to be putting its listing ship on an even keel, particularly as far as restructuring and the performance of some of the national sides is concerned, the shadow thrown by the match-fixing saga comes at an inconvenient time.

Shakes Mashaba’s run with Bafana Bafana to Equatorial Guinea for next year’s African Cup of Nations has inspired pundits to compare the national side with Clive Barker’s vintage Bafana in 1996 – when they won the competition – and the comparisons aren’t misplaced. Barker was peerless as a man manager and Mashaba inspires similar love and loyalty.

The last thing a well-performing national side needs now is to be reminded of a dodgy past.