Students out in the cold as Cida forced to close 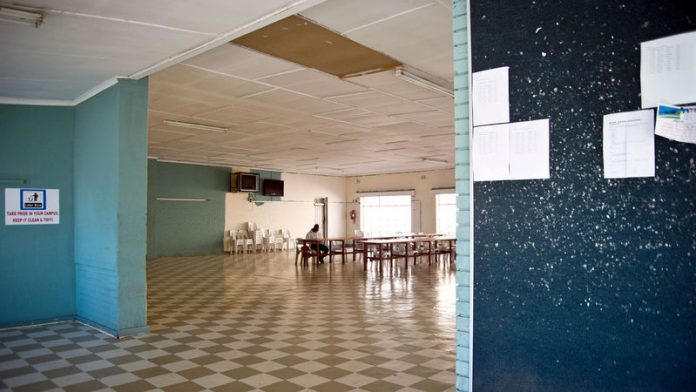 Cida City Campus, a nonprofit black empowerment university in Johannesburg, has been deregistered owing to its long-standing financial crisis.

On Wednesday a memorandum issued by the institution’s management, which the Mail & Guardian has seen, told students that the department of higher education and training has cancelled Cida’s registration, with effect from December 2.

It said the “notice of the intention to cancel [Cida’s] registration” as a private higher education institution was issued on November 15, and the final annulment was proclaimed last week.

Not financially viable
The grounds for deregistration, according to the memorandum, are that Cida has “ceased to meet the requirements for financial viability” or “for complying with occupational health and safety regulations”.

Battling financial troubles in recent years, the institution is currently provisionally liquidated. It is understood that its liquidators were looking for prospective buyers.

The memorandum offered some comfort to Cida’s 400 students: “We confirm that you will be issued with your 2014 academic results as well as copies of your academic transcripts.

“The provisional liquidators are currently negotiating and seeking arrangements with other institutions to ensure that you will be able to complete your studies.”

On Wednesday Martins Mbah Njah, the acting executive director at Cida, declined to comment about the institution’s deregistration. The M&G understands that Njah firmly believes the university can still be rescued.

Endorsed by the Mbekis
Cida burst on to the scene in 1999 as a free-education university that was meant to help to curb the progression of intergenerational poverty in disadvantaged families.

Founded by social entrepreneur Taddy Blecher, it was celebrated as a ground-breaking education innovation to uplift thousands of poor black matriculants.

Besides its high-powered marketing drive back then, endorsements from important figures helped Cida to raise the funds it needed to operate as a private tertiary education facility.

According to Cida’s website, former president Thabo Mbeki told Parliament in 2001: “The education offered at Cida City Campus is designed to make students relevant, truly empowered, integrated citizens and leaders that are skilled and equipped to build the South African economy and society.”

Philanthropic moguls such as Oprah Winfrey and Richard Branson became openly associated with Cida as donors, as did a number of multinational companies. Winfrey donated $1?million to the institution in 2003, which was pumped into building property at its Lyndhurst campus.

Cida’s fortunes appear to have dwindled after Blecher parted ways with his “baby” in 2007. Blecher resigned from Cida in 2007 and subsequently established the Maharishi Institute, also in Johannesburg.

Hoping to avoid liquidation, Cida’s directors filed for voluntary business rescue in 2012 after it became apparent that its coffers had dried up.

But Sturns, a business rescue company allocated to Cida by the courts, failed to bring the university back from the brink of bankruptcy.

The company’s Rob Devereux complained that the trust responsible for administering Cida’s funds was stifling the rescue project, and alleged that it hoarded funds it should have transferred to offset the institution’s R30?million debt.

The Cida trust, however, has vehemently rejected Devereux’s assertions.