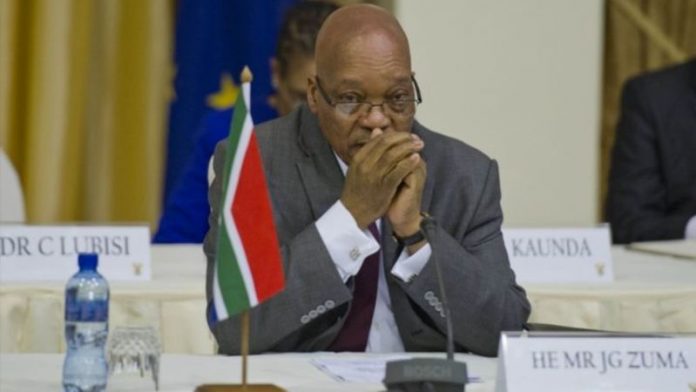 A company chaired and co-owned by the Friends of Jacob Zuma Trust’s founder has been awarded navy contracts worth R406-million, the Sunday Times reported.

Don Mkhwanazi denied his link with the president had anything to do with the awarding of contracts to a company in which he has a 48% share.

“The president does not award tenders,” Mkhwanazi told the news paper in writing.

“Any relationship with the president cannot be linked to contract awards made via a public tender process.” The newspaper reported that the defence department had outsourced ship maintenance and repair to Southern African Shipyards, the private company Mkhwanazi co-owns.

The company has apparently received six multi-million rand contracts over the past three years.

In August, Southern African Shipyards was also awarded a R1.4-billion contract by Transnet to build tugboats. Mkhwanazi, who has been a shareholder in Shipyards since 2006, was a Transnet director between 2010 and 2012.

He said the tugboat contract was awarded more than two-and-a-half years after his tenure as a director of Transnet ended.

Meanwhile, it was also reported that only one of four frigates bought during the country’s arms deal, and one of three submarines, were operational.

A commission, headed by Judge Willie Seriti, is currently investigating allegations of corruption during the controversial multi-billion rand arms procurement deal, which dates back to 1999.

At the time the government acquired, among other hardware, 26 Gripen fighter aircraft and 24 Hawk lead-in fighter trainer aircraft for the air force, and frigates and submarines for the navy.

“There has certainly been an increase in secrecy since Jacob Zuma became president. It is extremely worrying,” he was quoted as saying.

“The public and any reasonable person understands that there are some state issues that cannot be published, but it should be the exception to the transparency rule, and it should be made clear why information is being withheld.”

The president and government departments have recently remained quiet about the details and cost of Zuma’s recent trips to China and Russia.

It was reported that in the last few months Zuma used a luxurious Boeing 727-200 to fly to America, Russia, China, and Australia because the official presidential jet, the Inkwazi, was being serviced.

Zuma’s trip to America in 2011 with the same jet allegedly cost taxpayers R6-million. Zuma refused to say in Parliament what his trips abroad cost.

Kasrils said the increasing secrecy was absurd and that ministers were following the example Zuma set with secrecy around upgrades to his Nkandla homestead.

“If the highest authority is guilty of a lack of transparency, it will obviously open the floodgates,” he told Rapport. – Sapa

Gee-gee gambling on the Sabbath