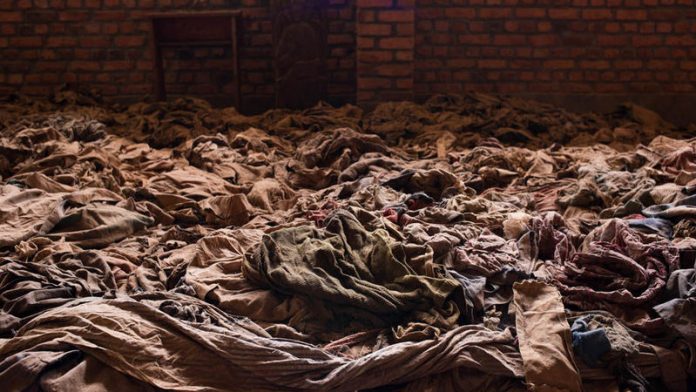 After two decades of work and 61 convictions at a cost of nearly $2-billion, the International Criminal Tribunal for Rwanda (ICTR) shuts up shop amid criticism, but at least with some justice served.

The Tanzanian-based and United Nations-backed ICTR, set up in late 1994 to try the alleged masterminds behind Rwanda’s genocide, is ending its work, with only its appeals chamber staying open for one final trial after December 31.

In the end, the court “did its job,” admits Bonaventure Higaniro, the guardian of the genocide memorial at Kamonyi, a massacre site some 36 kilometres south of Rwandan capital Kigali.

Kamonyi’s mayor Jean-Paul Akayesu was sentenced to life imprisonment for genocide and crimes against humanity in 1998, and is serving his sentence in Mali.

“It would have been better that he was tried here … because here people knew him and could give more information,” said Higaniro.

But he admits that, without the ICTR, the ex-mayor – who fled to Zambia after the genocide – and many other kingpins of the killing would not have not have been arrested and so would have escaped justice.

“Those who tried to flee, the ICTR put its hand on them and found them …. The court did it its job,” he said.

Convictions
The closure comes on the 20th anniversary of the genocide, which saw at least 800 000 people, overwhelmingly ethnic Tutsis, murdered by Hutu extremists.

In two decades, the tribunal has indicted 92 people, mostly senior political or military officers at the time of the genocide. Of those, 61 were convicted, including seven who are still waiting for their appeal.

Critics say the court’s justice has been painfully slow, incredibly expensive at a cost of $2-billion and, being geographically far removed from the victims on the ground, it lacked an understanding of context.

While the tribunal’s contribution to fighting impunity is clear, it has been criticised for lacking any mechanism for victim reparations and failing to prosecute alleged crimes by those on the other side of the conflict.

Kigali has consistently criticised acquittals made by the court.

Dependent on ‘political will’
On its own soil, Rwanda had “gacaca” grassroots courts, which judged the bulk of the people suspected of taking part in the genocide. These courts, set up in 2001, have put nearly two million people on trial and convicted 65% of them.

In contrast, Rwanda’s Prosecutor General Richard Muhumuza regrets “the small number of suspects” put on trial by the ICTR in Arusha.

Others believe that by not investigating any of Kagame’s RPF for alleged crimes committed during its battle to stop the genocide, the tribunal missed out on a possible role of reconciliation.

Its years of investigation and trials produced a colossal amount of work documenting the killings and producing mountains of archives.

Like its twin, the International Criminal Tribunal for the Former Yugoslavia (ICTY), the court targeted the top leaders and those accused of the most serious crimes.

But as the first – and so far only – international court based in Africa to judge crimes committed on the continent, the tribunal is not necessarily a model to replicate, key actors say.

Without its own police, the ICTR relied on the co-operation of countries to arrest fugitives.

“We should add more energy to push to have trials done at a national or regional level, where there will be may be greater cooperation.”

He cites the special court set up in 2012 in Dakar after an agreement between the African Union and Senegal to try the former Chadian dictator Hissene Habre.

For Carla del Ponte, the former ICTR prosecutor who was blocked from investigating RPF leaders, international justice in essence is always flawed. It is the right path to take, but it is always dependent on the “political will of the international community,” she said. – AFP