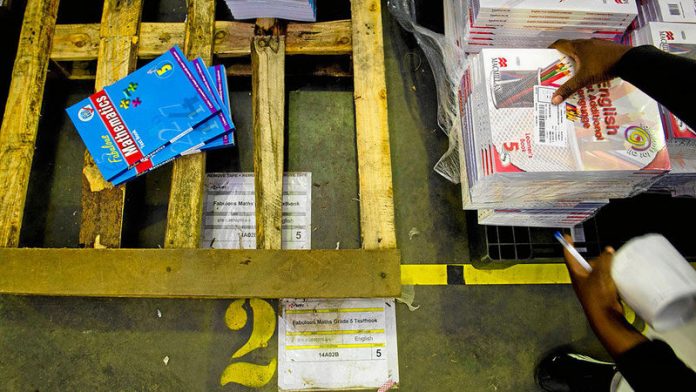 The basic education department is confident that “great progress” has been made in solving Limpopo’s problems with supplying textbooks to school pupils.

A decision had been taken to order close to one-million extra textbooks, it said in a statement issued just over a month before schools in the province re-open for the start of the 2015 academic year.

“[An] analysis of the orders [for textbooks] showed that some schools’ orders were as much as 50% to 60% of learner numbers; schools were ordering teacher guides for learners; [and] a large percentage of the orders were for graded reader packs for each learner instead of ordering packs per class.”

“After analysis, the department placed an order for an additional 960 500 textbooks, in addition to the 2 262 530 purchased in August, and the 1.6-million books purchased in April.”

To date, almost 60% of the second order had been delivered to the warehouse by publishers.

“The delivery of the additional books to schools is in process and will be completed in the first week of the re-opening of the new school calendar year.”

‘More than ready’
The department said it had records of all textbook deliveries to each school over the past three years, and was “more than ready” to disclose any school that incorrectly claimed nondelivery.

According to the statement, Cabinet’s intervention in five Limpopo provincial departments was continuing.

“The administrators seconded by Cabinet to the five Limpopo provincial departments are still in those five departments, until Cabinet determines otherwise,” it said.

Cabinet intervened in the province’s treasury, education, roads and transport, public works, and health and social development departments, after unauthorised spending ballooned to R2.7-billion in 2011.