Korkie family to use R1.7m donation for ‘fresh start’ 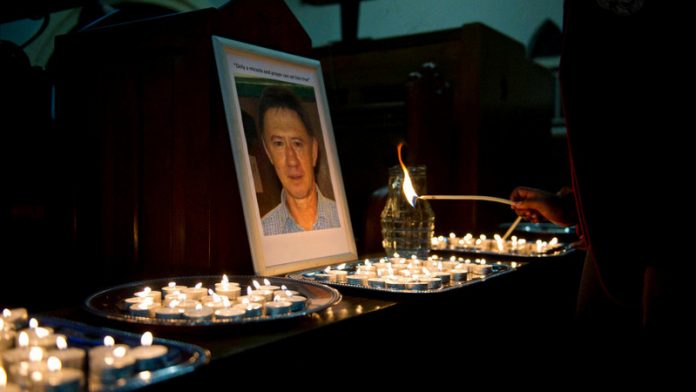 The R1.7-million that was raised to help kidnap victim Pierre Korkie and his family after his expected release in Yemen, will now assist his widow and children start afresh, a family spokesman said on Saturday.

“It’s Yolande and the two kids [left] and they have to make a fresh start,” said Daan Nortier. “A trust has been created to give it [the money] a new life.” Korkie and American photographer Luke Somers were killed during an attempt by US special forces to free them from their Al-Qaeda captors in Yemen on December 6.

At the time, the South African charity, the Gift of the Givers, had already negotiated his imminent release. Korkie and Yolande were kidnapped by Al-Qaeda militants in Taiz, Yemen, last May. Yolande was released on January 10 and returned to South Africa on January 13.

Previously, the kidnappers had demanded about R32.5-million ransom in exchange for Korkie’s safe return.

Not ransom money
However, Nortjie said on Saturday that, according to the final agreement that Gift of the Givers had reached with his captors, the money raised in South Africa had not been needed to secure his freedom. “[The R1.7 million] was not a ransom to negotiate the release.”

Instead, he said, the donations had always been allocated to assist with Pierre Korkie’s return and the family’s resettlement in South Africa – since the family had previously been based in Yemen.

Nortier said that the money had already been sent to Yemen before Korkie was killed, but that it was now available for the family in South Africa. The family’s spokesperson said that Yolande, son Pieter-Ben, age 17, and fifteen-year-old daughter Lize-Marie, were still in “terrible shock” but were being supported with “vast love … from all over”.

“Yolande is a woman of faith and she is being borne by her faith,” he said.

At the time of the kidnappings, Korkie was a teacher in Yemen, while his wife did relief work in hospitals. Korkie’s body was repatriated back to South Africa earlier this month. The family subsequently held a memorial service in Bloemfontein, before he was buried in a private ceremony. – Sapa