The best of 2014: Vehicle gadget of the year 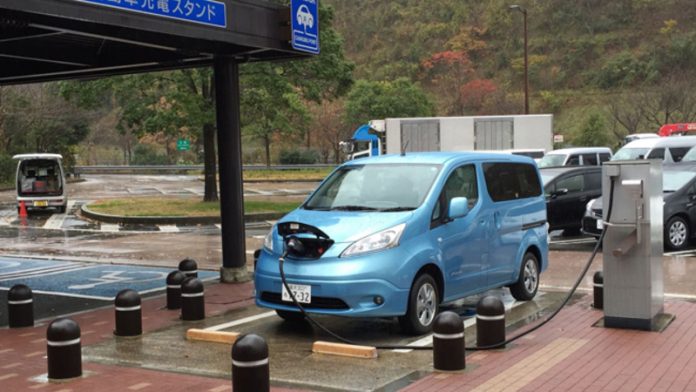 Silence. It’s a cliché that it’s golden, but it’s priceless when one is assailed by noise. And there are few daily experiences that are less noisy than being in the traffic.

Yet, silence is the stand-out feature when the Nissan Leaf is started up. As an all-electric car, it has a hum rather than a growl. That means, before anything else happens, it’s not intended for anyone who gets satisfaction from the roar of a loud engine.

It’s also not intended for someone who wants to drive a luxury vehicle. It will cost the same as a decently-specced Mercedes or BMW, or even an entry-level sports car. That, too, is not the target market of the Leaf. Nor is it designed for long journeys, or extensive driving between cities or towns on a single day.

That there are so many exclusions regarding who might drive this vehicle is the reason not too many are on the road – yet. About 200 000 have been sold globally. Fewer than 50 of those are in the hands of South Africans.

In this country, the naysayers are multiplied by the number of people who have got it into their heads that load-shedding means no access to power at any time.

The Leaf is charged at the owner’s home, or at a quick-charge station. The home charger takes about eight hours to “fill” the car, so it is usually carried out at night. Even with load-shedding, there is little reason the suburban South African cannot fully recharge the car every night.

At a quick-charge station, it takes only 30 minutes. Right now, only a handful of these are dotted around South Africa, at selected dealerships. By the end of next year, especially once BMW launches its i-series electric cars with a charging system that is compatible with Nissan’s, they will start becoming pervasive.

The most common dismissal of the Leaf encountered in South Africa is that Eskom’s inability to maintain constant power supply dooms the concept of the electric car in this country. However, the average load-shedding lasts between two and four hours. The eight hours required by the Leaf at home means recharging can be timed around Eskom’s schedule – obviously when it sticks to it.

The Leaf has a range of about 150km to 180km on the open road, and 130km to 140km of city driving. That means people using it every day to get to work in the same city will only be Eskom victims if their own planning is as bad as Eskom’s.

It should also be borne in mind that, during a power failure, electric petrol pumps also do not operate.

Leaf-to-home
Nissan’s flirtation with electric vehicles began back in 1947, with the Tama EV, an electric vehicle that could reach a top speed of about 35kph and travel up to 100km. It saw brief popularity as a taxi at a time when electricity was cheap and plentiful in Japan. Ironically, the Leaf comes at a time of electricity shortages in Japan, following the 2011 Fukushima nuclear plant disaster.

However, Nissan’s Leaf-to-Home system allows a fully charged Leaf to power a small home for two days. A new Leaf-to-Building project, launched a few week’s ago in Nissan’s hometown of Yokohama, aims to do the same for office buildings during emergencies.

I leave it to car journalists to review the specs and performance of the vehicle. The user experience, however, represents one of those rare moments when it feels as if a technology is rewriting the future.

The experience of filling a vehicle from a normal wall socket at home at a fraction of the cost of using petrol – estimates range from a fifth to a tenth of the cost in South Africa – is almost life-changing. The gadget enthusiast will love the idea that the status of the recharge can be monitored via a smartphone app.

In Japan, where cars are sometimes lined up at quick-charge points – there is one at most roadside rest stops or filling stations – the smartphone is a key tool to alert owners their Leafs are overstaying their welcome.

Different applications
There, the Leaf is already being joined by a range of vehicles designed for different applications. At the one extreme, the Choi-Mobi one-person vehicle is designed to be reserved via smartphone, and used for a one-way trip inside city limits only. Users leave it at their destinations, ready for the next users to pick up and drive to new destinations.  The vehicles are currently being tested among the public in Yokohama.

The new e-NV200 is a small van designed to be a commercial delivery vehicle, but also doubles as an all-purpose vehicle: fold down the seats in the rear, and it becomes a 7-seater people mover. With its 170-180km range, though, and the low cost of recharging, this one could revolutionise the logistics of the in-city delivery industry.

This range of electric vehicles, along with several new passenger and racing models, adds up to an ecosystem that, in the next decade, will probably come to match that of petrol vehicles.

The Leaf continually evolves, with battery efficiency and range slowly improving, while the specs of the vehicle advances rapidly to ensure it remains at the high-tech cutting edge.

For now, only the cost of the vehicle itself  – up to R474 000 – holds it back from taking this experience mainstream.

Arthur Goldstuck is founder of World Wide Worx and editor-in-chief of Gadget.co.za. Follow him on Twitter on @art2gee, and subscribe to his YouTube channel, where you can find the video review of the Leaf.