Editorial: Matric 2014 a blaze of confusion 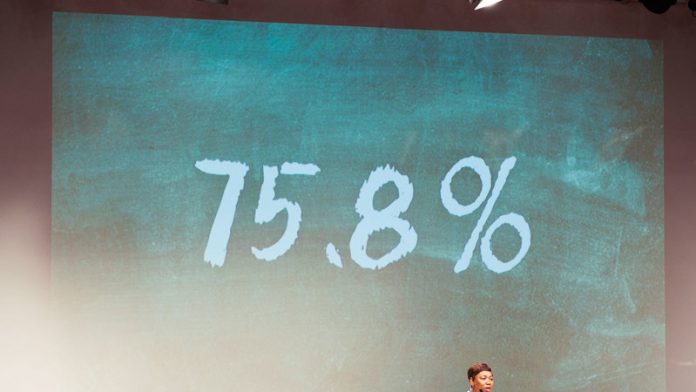 Dimly visible, some way distant from the ragingly uncontained wildfire of confusion, despair, anger and disappointment in the struggle to understand what the results of matric 2014 mean, are a few fire hydrants.

There are a few sparks of top-level pupil achievement too, and some larger flares of success as well. Among the latter are the 28.3% of matriculants who qualified with bachelor’s passes and so can apply for university study.

But the bulk of public discussion so far has concentrated on those sparks and the flares, so we will say no more about them until later this month. (A teaser: How many of those 28.3% will be accepted into their first-option universities and degree programmes, and how many into any university at all?)

The fire hydrants – that is, what the nation has apparently agreed on as ways of dampening the flames – are worth noting from the outset, however.

First, the 2014 exams “increased the cognitive rigour and demand [of] the curriculum”, as Basic Education Minister Angie Motshekga put it when she released the results courtesy of SABC TV on Monday evening. The new curriculum, best known as “Caps”, reached matric for the first time in 2014.

Second, there is widespread consensus that this is one of many factors that could account for the (tiny) drop of 2.4% compared with 2013’s all-time high of 78.2%.

Third, maths was especially more difficult, because what had been the previous curriculum’s optional paper three was dropped as a standalone paper but Caps absorbed its curriculum into 2014’s compulsory maths papers one and two.

And that, as far as interpretive (as opposed to factual) consensus goes, is about it. Three fire hydrants, though, cannot possibly cope with the current firestorm – one that, from this newspaper’s perspective, exceeds by many degrees Celsius the previous worst wildfire in the country’s education history: the public fury in January 2004, when then education minister Kader Asmal announced the 2013 matric pass rate, which was a then all-time record high of 73.3%.

So why has the country now reached an all-time high of a far more destructive kind – one that threatens to destroy whatever shreds of trust in public schooling still remain?

The question becomes particularly complex to answer when we recall that, from the moment the state’s quality assurer, Umalusi, announced last week Tuesday that it had verified the results and given the government a green light to release them, all was smooth flying, with not a spark in sight – until six days later.

The decline in the pass rate is not any fuel at all for fire. From the second Motshekga explained in October 2010 what Caps entailed, the conviction that the 2014 matric pass rate would decline was widely, and uncomplainingly, accepted among educationists.

The Mail & Guardian‘s only complaint about the decline is that it is not nearly enough. This follows the newspaper’s view of the 2013 pass rate: it was ridiculously implausible as a measure of the whole schooling system’s quality.

Umalusi council chairperson John Volmink thought a drop of 5% would be possible; and it is to Motshekga’s eternal discredit that she held it back to as minuscule a drop as 2.4%. We know why she did so – the customary political, short-term self-interests, which for well over a decade have comprehensively trumped education interests.

But a decline of at least 10% would have been mildly healthier educationally, and would have provided a marginally better measure, too, of South Africa’s true public schooling quality.

Then came SABC chief operations officer Hlaudi Motsoeneng, of whom the less said the better for one’s sanity. And by the time Motshekga stepped up for her star performance, she had little left to do except massage all the male egos around her – mainly the majority of MECs and other senior officials; they report to her, not the other way around, but you’d not have received that impression from her visibly cowed deference to them.

Another main aim was to console the nation about cheating – also by massaging. We comment elsewhere in this edition about how completely she failed in this aim.

Overall, it was both what she did not say and how she said what she did say that gave her and the government’s game away.

To take two examples only: failing even to mention that 94?884 part-time candidates also wrote the 2014 matric, let alone providing full information about how they fared, suggests an attitude to the majority of citizens that exceeds Marie Antoinette’s by many chocolate cakes.

And to befuddle the nation on the cheating scandal by manipulative omission, self-contradiction, illogicality and obfuscation suggests that the only thing we could now ever believe from her is a letter of resignation stamped by a commissioner of oaths in triplicate – or, better still, in 53-million copies.

Education must work with change

Value of education is measured in the labour market