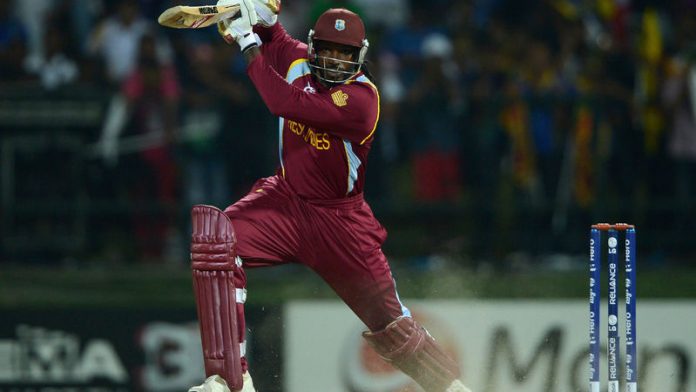 Cricketer Chris Gayle has accused the West Indies Cricket Board (WICB) of victimisation after key all-rounders Dwayne Bravo and Kieron Pollard were left out of the country’s World Cup squad.

The powerful left-handed opener was left flabbergasted by the axing of the pair, which he feels has little to do with their performance on the pitch.

Bravo, who was captain of the team, and Pollard were seen as leading the player revolt in India that forced the abandonment of the West Indies tour to the country last October after a pay dispute with the WICB.

“There’s no way you can tell me those guys shouldn’t be in the team,” Gayle told reporters. “For me it’s got to be victimisation towards those two guys. Come on guys, it’s just ridiculous. Honestly, it choked me up.”

The players had been told they would be left out of the World Cup team as the country was building a team for the future, though, as Gayle points out, the timing is odd going into a major tournament.

Batting and bowling weakened
“Bravo said to me the team they selected is to build for the next World Cup, which I can’t understand,” he said. “What they’re telling us then, is this team selected is not going there to win the World Cup.

“Building for the next World Cup is ridiculous. I cannot understand what Bravo told me.”

Gayle added the team would be weakened by the loss of the pair both in the batting and bowling departments.

“I don’t know where our cricket is heading with this sort of situation. It’s really sad,” Gayle said.

The duo have helped West Indies win the Twenty20 series in South Africa where they lead 2-0 going into Wednesday’s final match in Durban.

Gayle-force win
In the wake of their second consecutive loss to a Gayle-fuelled West Indies T20 team at the Wanderers on Sunday, Proteas captain Faf du Plessis lauded the efforts of the talismanic left-hander.

“It’s very hard to contain Chris Gayle when he’s playing like that,” said Du Plessis after his side went 2-0 down in the three-match T20I series.

“He’s just a cut above the rest. The other guys are dangerous players, but without him they’d be a normal team. He makes them a superhuman team.”

The Proteas were unable to defend their total of 231 for seven in their allotted 20 overs, as Gayle blasted 90 from 41 balls helping the West Indies achieved the highest successful run chase in T20 international cricket.

Earlier, Du Plessis had notched up the highest score by a South African in the format, with 119 from 56 balls, as the hosts posted a formidable total.

The 30-year-old, however, said he always knew the West Indies would produce a strong reply.

“I told the guys that they were going to get close to this score. It’s just the batting line-up they have and the way they set up their innings. With a score like that, they will pretty much hit from ball one and they have the hitting ability to do that. They blasted us once again on a good wicket.”

Du Plessis, missing out to Gayle for the man-of-the-match award, said his century in a losing cause was not what he had envisioned.

“I joked that it’s heartbreaking when you score your first T20 hundred and you don’t even get a crack at the man of the match. It would’ve been so much sweeter if we won the game. Although I’m very proud of my efforts today, losing the game makes it bittersweet.”

Abbot record
Bowler Kyle Abbott notched up an unenviable record on the night – the most runs conceded by a bowler in T20Is with his 1/68 off four overs.

However, his captain said he should not read too much into being the target of the West Indian assault.

“It’s never nice to go for a lot runs but, as a bowler, Abbott understands T20 cricket is there for the bowler to get a beating. He will be disappointed in his performance tonight, but it’s the name of the game.

“It’s a bad day at the office, but it happens. I can nick off for nought and it’s a disappointing day for me but it doesn’t affect the way I look at the next game.” – Reuters, Sapa, Staff reporter