Your complete guide to the fracas at the Hawks 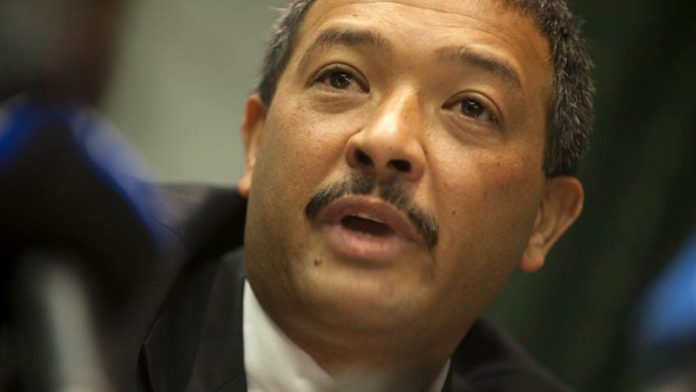 1. Who is suspended?
While it isn’t clear that all the suspensions are linked, there have been moves to suspend four senior Hawks officials. One official, national Hawks boss Anwa Dramat, was put on precautionary suspension. The head of the Hawks in Gauteng, Shadrack Sibiya, and another senior official, Leslie Maluleke, were given notices of intention to suspend them. They have to respond to these letters with reasons why they should not be suspended. The fourth official, KwaZulu-Natal Hawks boss Johan Booysen, was also placed on suspension but this was temporarily overturned in court.

2. Why?
The supposed basis for the moves against Dramat, Sibiya and Maluleke is the 2010 deportation of four Zimbabweans. Allegations that the suspects were deported illegally surfaced. An investigation by the Independent Police Investigative Directorate (Ipid) was launched. In Booysen’s case, the surface-level allegation is that he oversaw the functioning of a rogue police unit in KwaZulu-Natal that allegedly operated as a covert hit squad.

3. Did they do it?
It isn’t clear, but there are strong suspicions that they did not. Ipid will not make the report public and the police will not disclose what the report said. But sources say the report cleared the officials of the allegations. The report was handed to the National Prosecuting Authority (NPA) in early 2014 and no decision to prosecute has been taken so far. This means that for almost a year the police have known the results of the Ipid investigation without taking action.

The Mail & Guardian reported last week that the head of Ipid, Robert McBride, confirmed at a meeting where Dramat’s legal team was present, that the Ipid investigation cleared him. This week City Press cited a police source confirming that McBride supports Dramat. But the source said the Ipid report did not clear Maluleke. McBride is not commenting publicly.

A board of inquiry, chaired by a judge, cleared Booysen of the allegations against him.

4. What do the officials say?
The Hawks officials say they are being targeted because of high profile investigations that they were pursuing. Dramat makes this claim in a letter that was leaked. Booysen made the same claim in court when he succeeded in stopping his suspension from going ahead.

Maluleke has until the end of Tuesday to provide the police minister with reasons why he should not be suspended, so we don’t know his version yet. Sibiya got an interim order from the Labour Court which will buy him some time to respond to the police commissioner. Sibiya says the police are not following the proper procedures.

5. What do the police say?
The police say very little. They deny that the suspensions are politically motivated and say they merely want an opportunity to give due attention to the allegations. The police ministry has stressed that Dramat’s guilt or innocence has not been established and that the minister merely wants to establish the facts for himself.

The ministry says that commenting on the issue would be irresponsible given the possibility of a court case.

6. While all of this is going on, is the Hawks functioning?
Beeld reports that Dramat’s replacement, Benny Ntlemeza, has made a number of changes to the Hawks about which some officials are unhappy. For example, Ntlemeza is said to have replaced at least 12 senior Hawks officials investigating corruption and organised crime.

Hawks spokesperson Paul Ramaloko was transferred to the police’s national communications department. The new spokesperson, Hangwani Mulaudzi, put the allegations down to factions of the Hawks that want to “destabilise” the unit, according to Beeld.

7. What happens now?
On Thursday, the Helen Suzman Foundation will ask a court to stop Dramat’s suspension. If they succeed, he will be reinstated. Meanwhile, a committee of Parliament is launching its own inquiry. Dramat has been asked to appear before the committee on January 29.

On Wednesday, Sibiya will return to court to try to get the police to follow what he deems are proper procedures.

By the end of Tuesday, Maluleke will have told the police why he should not be suspended.