Intolerance and fundamentalism are the real enemies 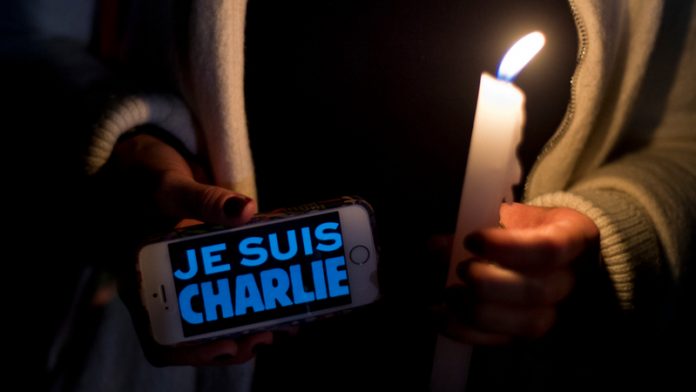 The Charlie Hebdo attack and the events following in its wake highlight, once again, the central place that religion plays in our modern world, for good or ill.

What some see as an attack on freedom of speech and the press, even an attack on democracy itself – claimed to be essential for the stability of society – is viewed by others as revenging an attack on religion and all they regard as sacred in life.

Our global village offers unprecedented opportunities to become more knowledgeable about other traditions and faiths, but rather than stimulating curiosity and seizing the chance to explore the meaning of differing world views, too many appear to be threatened by difference. Fear of the “other” overrules the desire to explore the teachings of various faiths. Ignorance, prejudice, intolerance, arrogance and fanaticism drive people apart.

Religion is complicated and multifaceted, not easily defined. Dating back to early human history, with illustrations on cave walls and attempts to decipher monuments such as Stonehenge and the pyramids of Egypt, we are surrounded by our compulsion to make meaning of our existence – the ineffable mystery of life.

Even the briefest exploration of religion reveals that reality can be interpreted in multitudinous ways. The assumption from this should be that truth is far too vast to be comprehensively conveyed by any single tradition. The only authentic approach is to admit that each religion has glimpses of truth and something of value to offer.

However, many in all traditions claim the absolute authority of revealed truth, the inerrant divine words spoken through the pages of an ancient text, claimed as sacred scripture. But these are matters of belief, not of empirical certainty, so the possibility of differing interpretations should be recognised.

Unfortunately, throughout history, rather than uniting and liberating, religion has divided and alienated people. Worldwide, religious conflicts, born from intolerance, cause great suffering and destruction. Even within the same tradition believers cannot agree, or peacefully agree to differ: Catholic against Protestant, fundamentalist against fundamentalist, Sunni Muslims against Shia.

Whether we are passionately attached to our religious beliefs or not, to build a more peaceful world we have to learn to live with diversity and acknowledge the right of others to question or criticise what we revere or hold sacred, to work towards an empathic tolerance of the beliefs of others.

An earlier example of the tragic effects of religious intolerance was in 1988, when Salman Rushdie was issued with a fatwa because his novel The Satanic Verses, inspired partly by the life of the Prophet Muhammad, was condemned as blasphemy and mocking the Islamic faith. Several foiled attempts on his life, and one on the life of his publisher, culminated in a botched attempt to kill the Turkish translator, killing 37 people.

The cycle of violence in the name of religions that preach peace and universal respect for life has to be broken. Violence provokes further violence and is not an effective or appropriate way of protesting against what is perceived to be a violation of one’s faith. Those in France who, in the aftermath of the Charlie Hebdo killings, condemned all Muslims, attacking mosques and Muslim shops and abusing women wearing headscarves, were behaving in irrational, prejudiced and intolerant ways.

Yes, the pen is mightier than the gun, but hate speech – which is motivated by racial, religious or sexual prejudice and has the potential to provoke violence – is extremely dangerous and the courts should have the power to deal with this. Visual images that deliberately trample on what some hold sacred are even more direct and potentially damaging. But it is difficult, if not impossible, to draw a clear line between acceptable and unacceptable criticism of the beliefs of others.

Freedom of speech should be exercised responsibly, conceding that damage might be caused by one’s words. Perhaps we need to ask that some extra sensitivity be exercised when criticising the founders and divine figures of religions who are accorded high respect, such as Jesus, the Prophet, Moses, the Buddha and Guru Nanak, recognising a distinction between questioning, even rejecting, their teachings, but not saying or depicting anything about them that is obscene, particularly offensive or disgusting, especially in a sexual or scatological fashion.

Political figures are in a different category and have long been considered fair game for cartoonists. It would seem that Charlie Hebdo probably crossed the line at some stage with cartoons of Jesus and Muhammad, but there is a world of difference between lively, even heated, debate and believing that those with whom we disagree should be subjected to violence or killed.

As a Muslim woman in France said after the massacre: “Islam is now a French religion, a Western, European religion. I am a French citizen and we belong to the modern world.” We could add that belonging to the modern world means accepting the right of others to criticise one’s faith and customs, acknowledging this as part of living in a democracy and enjoying its other freedoms.

This raises the question of the limits of religious freedom, instances where it must bow to the higher claim of human rights, where the physical and mental health of others is threatened, such as with female genital mutilation, which some claim as an inviolable religious custom, or the claim by the Taliban that girls should not be allowed to go to school. Religious customs may not overrule human rights or cause environmental destruction.

If the slogan “Je suis Charlie” is to make any difference, we must stand up to our confessed belief in the freedoms of speech and the press behind this claim, as well as our resolution to respect the beliefs of others and their right to practice their faith in peace.

Alleyn Diesel has a PhD in religious studies from the University of KwaZulu-Natal.