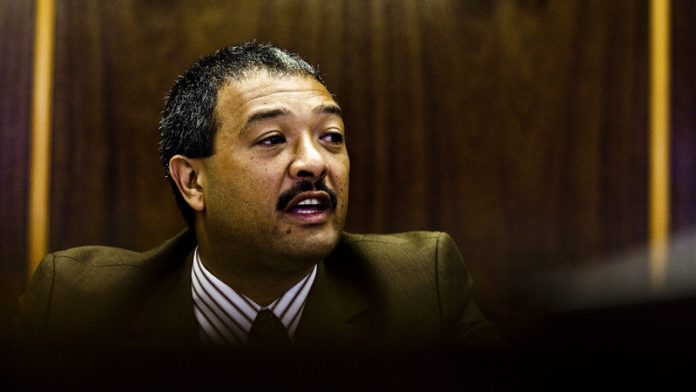 Minister of Police Nathi Nhleko will on Thursday ask for the Helen Suzman Foundation’s (HSF) application to overturn Anwa Dramat’s suspension to be struck off the court roll.

The foundation is due in court on Thursday and has asked it to overturn the suspension of the head of the Hawks on an urgent basis.

Dramat was suspended on December 23, allegedly pending an investigation into his alleged involvement in the deportation of four Zimbabwean suspects in 2010.

But it is said that the Independent Police Investigative Directorate (Ipid) cleared Dramat of the charges and, in a leaked letter, Dramat alleged that his suspension was owing to the politically sensitive nature of cases that he wanted the Hawks to handle.

On Thursday, the foundation will argue that Nhleko acted illegally when suspending Dramat because he no longer has the unilateral power to suspend him. It will argue that the urgency of the case results from the fact that Dramat’s absence from the Hawks will immediately destabilise the priority crime fighting unit.

Late on Wednesday, the minister – through his lawyers – filed papers stating that the urgent application was irregular.

The minister said this was because the practice rules of the court state that urgent matters are set down for Tuesday unless the matter is urgent and harm will be caused if it is not heard sooner than the next available Tuesday.

“No compelling circumstances were alleged by the applicant [HSF] of irreparable harm if the matter were to be set down in compliance with the practice directive of this honourable court,” Nhleko’s lawyers said on Wednesday in their papers.

The minister wants the matter struck from the roll on Thursday and a costs order against HSF.