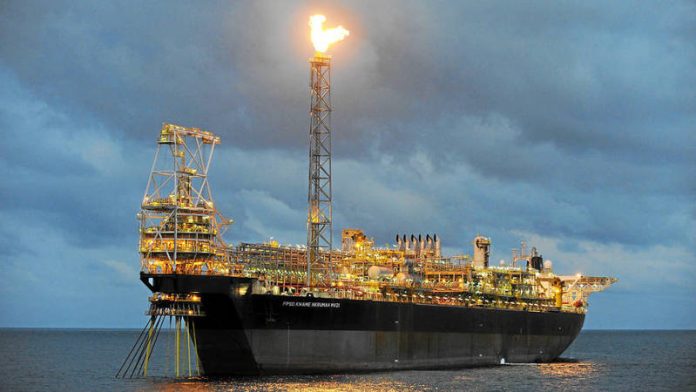 Former PetroSA boss Yekani Tenza cooked the minutes of a board meeting to “create” approval retrospectively for a R160-million price hike on an oil deal, a forensic investigation has found.

The deal in question is the parastatal’s purchase in 2012 of a small but substantial stake in the Jubilee oilfield off the coast of Ghana.

PetroSA had this investigated by KPMG in 2013, in the wake of amaBhungane’s report on the deal.

In November 2011, PetroSA’s holding company, the Central Energy Fund (CEF), gave Tenza permission to spend only $480-million, according to a copy of KPMG’s executive summary that amaBhungane has seen.

PetroSA and the CEF both report to the energy ministry. Tenza was on both boards at the time.

As was previously reported, although PetroSA’s technical negotiators had hammered out a $480-million deal (in line with the CEF approval), Tenza and the sellers then raised the price to $500-million during last-minute talks that December.

Justifications to hike price
Tenza previously defended himself, telling amaBhungane the price was within the approval given by the PetroSA board. But it would have flown in the face of the CEF board decision.

According to KPMG, after department of energy officials started asking questions in January 2012, Tenza “instructed” the CEF company secretary, Abdul Haffejee, to change the board minutes.

In spite of its earlier decision, the CEF board then rubber-stamped the new, inflated price tag on January?31 2012 and the deal was concluded later that year.

This adds to a list of red flags that indicate all was not above board in the deal. It should also raise the interest of the police’s Hawks unit, which has confirmed that it is still investigating a criminal case.

High court order
Last week, amaBhungane reported that Tenza was ordered by the high court in Pretoria to repay PetroSA R83-million that he misspent in a string of irregular deals in 2011. He did not defend himself in court.

PetroSA’s court claim did not include the Ghana deal, however. Because the CEF board ultimately approved the $500-million price in January 2012, KPMG recommended that PetroSA abandon its plans to sue Tenza for fruitless and wasteful expenditure.

KPMG also recommended that PetroSA should obtain legal advice about how to handle Tenza’s changing of the board minutes.

Asked what steps were taken, PetroSA spokesperson Zama Radebe-Luthuli said: “As the matter was deemed to fall within the ambit of CEF, CEF was afforded a copy of the KPMG report so as to assist them in taking the necessary action.”

Tenza, who did not make himself available to KPMG for questioning, could not be reached for comment.

Tenza’s action shock CEF board
CEF spokesperson Mandla Tyala said: “The CEF board was dismayed that Mr Tenza committed the company to an amount higher than the approved figure, hence the forensic investigation.

“The CEF Board is confident that the relevant authorities will locate Mr Tenza and bring him forward to account for his actions.”

Tyala said the board was similarly “dismayed” when Haffejee changed the minutes and that he had been “appropriately sanctioned”.

Seeking clarity on decisions
Asked why the CEF board had rubber-stamped the inflated price tag, even after Tenza had gone back and changed the earlier decision, Tyala said the decision was twofold.

First, he said, “this decision was informed by the fact that a formal commitment had been made to the seller by Mr Tenza, and the company would still be exposed if we had backed out”.

But a well-informed source told amaBhungane that the commitment Tenza had made was “subject to board approval”, in which case the CEF board would not have been exposed if it had said no.

Tyala did not confirm or deny this.

Second, Tyala said, the oilfield “had been identified as a potentially high-performing asset, which would make a significant contribution to the group balance sheet. Investment opportunities of this calibre do not come along often in our industry.”

In other words, it was a good deal despite Tenza’s price increase.

But this business judgment by the CEF board should be seen against the fact that, by January?31 2012, when the CEF okayed the deal, serious alarm bells would have been ringing, for several reasons:

This means that it would have been almost impossible to be sure of the identity of the ultimate beneficiaries.

AmaBhungane’s contact said: “Tenza was alone in the room with the [sellers] in December 2011. We don’t know what was discussed there and why the price increased. What happened to the money? We don’t know. We couldn’t follow the money because it was paid into a bank account in the British Virgin Islands.”

• The price increase was agreed to without PetroSA’s technical negotiators. Tenza had also suspiciously included a lawyer in the negotiations at the last minute, paying him R13-million from the parastatal’s coffers.

Both issues caused consternation in the company, leading to reports by whistle blowers, which a former director then handed to the Hawks for investigation.

In August last year, the high court held that the appointment of the lawyer was “unlawful and irregular” and that Tenza should pay back the R13-million.

• Tenza’s altering of the CEF board minutes was suspicious.

In reply, Tyala said: “The thrust of our communication is that, overall, CEF is satisfied that [the oilfield] is a sound investment which adds value to the group.”