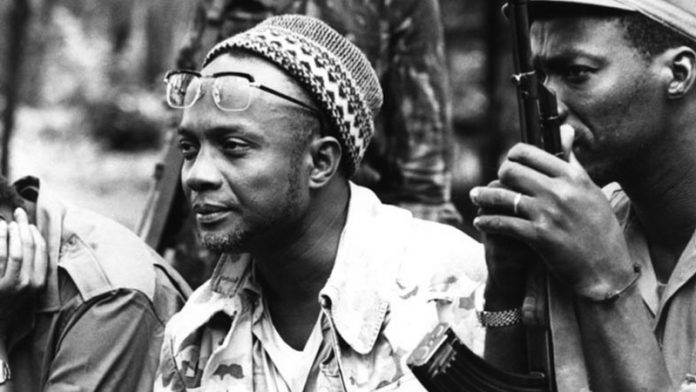 I have written an open letter to the director general of the department of military veterans to state my disgust at its treatment of those veterans who are not in or from the ranks of the Umkhonto weSizwe Military Veterans’ Association (MKMVA).

The Military Veterans Act 18 of 2011 is but a formality because every military veterans’ association other than the MKMVA is not taken seriously.

I propose that the Act be renamed the MK Veterans Act because the said association is the only one taken seriously by the department. The number of former MKMVA ­members in the employ of the department, especially in senior positions, also proves this.

This situation comes as no surprise because it also applies in the department of defence, where the Azanian People’s Liberation Army (Apla) members are still being persecuted, ­marginalised and overlooked – especially with regard to promotions and placements in posts – because of their past.

It is telling that the MKMVA is the only association that has been afforded three medal parades in honour of their comrades, and many more events honouring their fallen heroes, funded by the department, as indicated at the recent military veterans’ research conference workshop, held in Unisa on November 27 and 28 2014.

That the rest of the associations were only assisted when it came to funerals of fallen comrades clearly indicates that the MKMVA is more equal than other associations.

The silly reason given by Vernon Jacobs, a director in the department, for the failure to assist in honouring Templeton Ntantala and Gasson Ndlovu (both Poqo [the armed wing of the Pan Africanist Congress] founder leaders) with tombstone unveiling ceremonies, which took place on December 13 2014 in the Eastern and Western Cape respectively, was that the two leaders were not on the department’s database.

Clearly, it is not the last time that Apla and other associations will be failed; this is largely owed to the fact that there are no former Apla ­members in the employ of the department – especially in the research unit of the department.

Clearly, there is a deliberate attempt not to honour the struggle leaders who were not from the ranks of Umkhonto weSizwe and one to marginalise the contributions of other struggle heroes.

One of Africa’s greatest revolutionaries, Amílcar Cabral, wrote: “Hide nothing from the masses of our people. Tell no lies. Expose lies whenever they are told. Mask no difficulties, mistakes, failures. Claim no easy victories …”

Though disappointed I am not demoralised. Rather I am more determined than ever.

The consolation I have is that Africa never forgets and the

martyrs of freedom will be remembered and honoured and we will

tell their and our stories with

or without the department of

Why do we only honour MK vets?Truth: The writer thinks the ANC would do well to listen to Amílcar Cabral’s quote: “Tell no lies … claim no easy victories.” Photo: Documentos Amílcar Cabral