No, Charlie, free speech has its limits 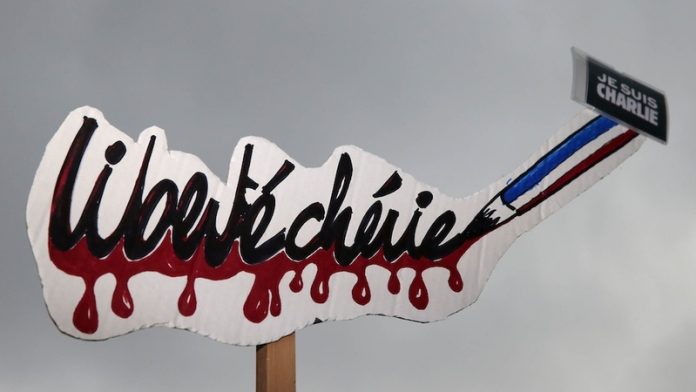 Sorry, but non! Je ne suis pas Charlie. No, I am not Charlie. I pen this opening salvo in response to your front-page editorial, Assassins of Freedom.

I support free speech. I oppose all forms of censorship. I abhor the killings in Paris at the hands of deranged criminals or barbarians. Yes, I mourn the dead, but I am not Charlie.

I can put it no better than to paraphrase Voltaire: I do not have to agree with what you say or publish, but I am prepared to die to defend your right to say it.

When I purchased your newspaper with that searing front-page editorial and returned home, the debilitating power outage, courtesy of Eskom, was an hour in progress and I spent the next hour and a half ruminating on the news that those two barbarians were killed in a shoot-out and the timeline of events that led to that culmination.

I identify with the essence of your editorial, because nothing – no ifs or buts – mitigates the monstrosity your editorial and other articles lament. I cannot and I will not, however, subscribe to that hashtag Je suis Charlie that has gone viral, for I am no “Charlie” and to identify myself with that means I condone extremism in any form.

Under the guise of freedom of expression, extremists – aka cartoonists from [satirical magazine] Charlie Hebdo – sought to pour gunpowder over a simmering fire in racist France.

Je suis Charlie? If you are, good for you. I am not Charlie Hebdo, period. I will not legitimise what it stands for.

Just in case you misunderstand me, permit me to explain. Nothing – no one, no cartoon, no book and no editorial, column or op-ed piece – can ever justify the kind of brutality exemplified by the shooting rampage that happened in Paris.

I support, unequivocally, what the imam of the Drancy mosque in Paris, Hassen Chalghoumi, reportedly said – that those who perpetrated the foul deed were “criminals, barbarians” who had “sold their souls to hell”.

But, madam editor, let’s step away from tearing our hair from its roots and wringing our hands and let’s be honest. Would a highly esteemed media outlet such as the Mail & Guardian print a cartoon of the Prophet Muhammad crouched on all fours with his genitals bared or, for that matter, one that shows the Father, Son and Holy Ghost sodomising each other? That, I submit, could have been the trigger that let loose those whom your editorial describes as “assassins of freedom”. Remember that the editor was under police guard because he had received death threats for such disparagement.

Therefore I can’t be, no one can be, Charlie.

My abomination and abhorrence of what went down can never be equated with becoming them. They were assassinated by modern-day Gavrilo Prinzips (whose assassination of Austria’s Archduke Franz Ferdinand ignited World War I) and Nathuram Godses (Mahatma Gandhi’s assassin) who perhaps hoped to ignite a greater conflagration. They almost succeeded.

So, Je suis Charlie? Really? I refuse to be as sanguine as you editorialise.

Those killed by the two barbarians, including a Muslim police officer, did not deserve their fate. What went down is not sanctioned anywhere in the Qur’an or the Hadith or, for that matter, in the comprehensive seerah (biography) of the Prophet (peace be upon him).

So, I must reiterate what I posted on my Facebook page. I am no Charlie and I will not validate insanity with any show of support such as you do in your editorial, for even freedom has limitations.

What motivated those “assassins” was their septic ideology against which even the Prophet (peace be upon him) would have expressed outrage and condemnation.

I repeat that nowhere in the Qur’an or Hadith did I find any reaction from him, even under the most extreme provocation, at various times such as when a Jewish merchant who purchased dates from him demanded earlier delivery than that contractually agreed upon and proceeded to verbally and physically abuse him. There is ample evidence that, if anything, he symbolised forbearance and tolerance throughout his tenure as the Prophet.

Saber Jazbhay is a Durban lawyer

• See The grim genesis of the Charlie attacks