The grim genesis of the Charlie attacks 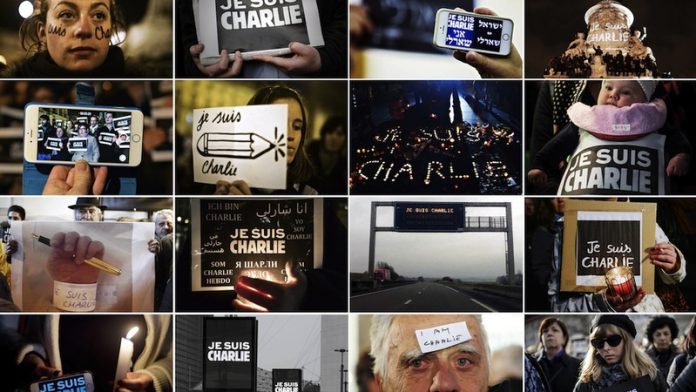 Despite the fact that a motley assortment of political and opportunistic elements have climbed on to the bandwagon, I am Charlie because I will always uphold the freedom of expression – a fundamental human right.

In the background, however, what you have is a religion whose adherents were largely colonial subjects or subjects of the defeated Ottoman Empire, who have been alienated, ostracised, belittled and subjugated.

The majority of Muslims, mired in poverty, were then made to witness the postcolonial creation of Israel in the very heart of the sanctum of the geographical expression of their religious identity. They witnessed the defeat of Muslim and Arab armies by Israeli forces, armed by the United States and other Western countries and the expulsion of hundreds of thousands of Palestinians. They witnessed the rampant expansion of Israel and the continued crushing of Palestinians, who became a martyred symbol for Muslims around the world.

In France, they live in the banlieue (troubled suburban communities with high unemployment, crimes, and a high proportion of foreign residents, mainly from former French African colonies). The Gare du Nord is at the centre of one such banlieue near Paris: the dislocation of its young inhabitants is palpable.

Many find solace in religion and have rallied into sects funded by oil-rich Arab states and wealthy individuals – the postcolonial inheritors in the region – hardly the breeding ground for enlightenment. They seek a renewed identity through a return to the perceived fundamentals of a narrow interpretation of Islam.

Enter the West’s wars by proxy, wars on terror, regime change and deaths: we have a cohort of disaffected Muslim, Arab and African youth, marginalised by economic exclusion. They experience a rise in right-wing and anti-immigrant activities; they are drawn to the only forces that provide them with dignity, identity, cohesion.

So the attack on Charlie Hebdo – the latest in a series of reactions over 100 years to a complex cultural, political, economic marginalisation of many Muslims – must be condemned. But it is necessary to understand its genesis.

The contrapuntal view is that these acts of violence are inspired by political terror that can be traced back over centuries of Muslim practice and canon to the Qur’an and that Muslims globally have been silent about this inglorious trajectory. It is a point that cannot be ignored.

The answer comes, as it must, from a nascent development of progressive Muslim body of thought – minuscule when faced with the vast multitudes that find themselves in easy sympathy with the disaffected.

Many Muslims are conflicted because they share a sense of this marginalisation and indignity: they may not support the violence and certainly wouldn’t participate in it but they have an acute understanding of how alienation breeds disaffection, which in turn results in the types of reaction we have witnessed.

All the more reason why the road to enlightenment needs to be championed. The long journey to a progressive manifestation of Islam will not gain momentum unless the cultural, economic and political alienation is addressed while secular norms and standards are concurrently preserved, and the separation of religion and state protected.

That said, there is progress. The French Muslim philosopher Abdennour Bidar is on record as saying: “I beg of you, don’t pretend to be amazed that demons such as the so-called ‘Islamic State’ have taken your face. Monsters and demons steal only those faces that are already distorted by too much grimacing. And if you want to know how to refrain from bringing forth such monsters, I will tell you. It’s simple yet difficult: you must begin by reforming the education you give your children in all your schools, all your places of knowledge and power.

“You must reform them according to the following universal principles: freedom of conscience, democracy, tolerance, civil rights for all beliefs, gender equality, women’s emancipation, a culture of reflection and criticism of the religion in universities, literature, and the media.

“You cannot go back, you can do no less than this. For it is only by doing so that you will no longer give birth to such monsters. If you do not do so, you will soon be devastated by [these monsters’] destructive power.”

Poetic and powerful words; I urge Muslims here and elsewhere to take heed. Of course it is as difficult as it is necessary to reconcile free speech and the right to disrespect ideas in the face of the alienation referred to. It has to be done though, and the demons and monsters exorcised if we’re to build a unity of tolerance alongside the right to offend.

The immigrants in Europe and elsewhere are there to stay. The language of interaction has to change. The concept of “them and us” must be replaced by a more integrative notion. The growth of racist and right-wing forces will not assist this process. Nor will the introduction of selective and draconian measures by stealth further this change.

I fear we’re in for more turmoil.

Ghaleb Cachalia, chief executive and founder of Mentisfactum, is a consultant and commentator