Soumission: Much more than a satire on Islam 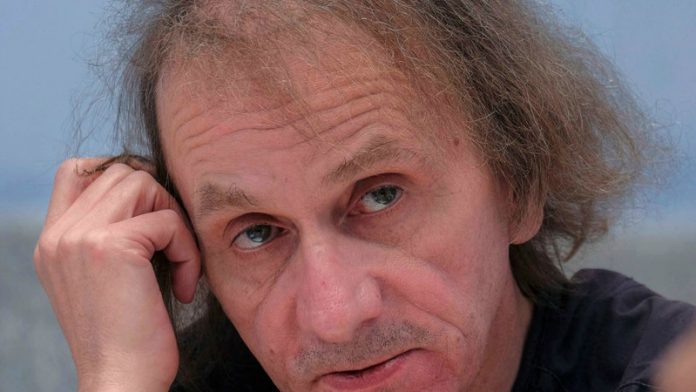 As the aftermath of the Charlie Hebdo murders continues to unfold, French readers are turning to the magazine’s latest cover star, with Michel Houellebecq’s Soumission racing to the top of bestseller lists at Amazon.fr. But is France’s most celebrated controversialist offering a splenetic vision of the Muslim threat to Europe or a spineless “submission” to gradual Islamic takeover? Actually, neither. It’s much more interesting than that.

Those riffling impatiently through the opening for controversy will be disappointed, as we are introduced slowly to the narrator, François, a middle-aged literary academic who teaches at the Sorbonne. He is an expert on Huysmans, the cultish 19th-century anatomist of decadence, and he sleeps hungrily with his students. But he is bored. The narration is enjoyably sardonic, a pungent mixture of deadpan jokes about sexual politics and close reading.

The novel, due to be published in English later this year, is set seven years hence, in the year 2022. François settles in to enjoy the TV spectacle of the presidential elections, which he considers second only to the World Cup for entertainment value. After the first round of voting, the two candidates left are Marine Le Pen, leader of the far-right Front National, and the head of France’s new Islamic party, Mohammed Ben Abbes.

The Muslim Fraternity
The Socialists do a deal with the “Muslim Fraternity” to defeat Le Pen, and Ben Abbes becomes president. Immediately all women go veiled in the street, state secondary schools adopt an Islamic curriculum, and François is informed that he cannot return to his university work unless he converts to Islam.

Some in France have already complained that the novel fans right-wing fears of the Muslim population, but that is to miss Houellebecq’s deeply mischievous point. Islamists and anti-immigration demagogues, the novel gleefully points out, really ought to be on the same side, because they share a suspicion of pluralist liberalism and a desire to return to “traditional” or pre-feminist values, where a woman submits to her husband – just as “Islam” means that a Muslim submits to God.

The lustfulness of the modern metropolitan man
But Soumission is, arguably, not primarily about politics at all. The real target of Houellebecq’s satire – as in his previous novels – is the predictably manipulable venality and lustfulness of the modern metropolitan man, intellectual or otherwise. François himself happily submits to the new order, not for any grand philosophical or religious reasons, but because the new Saudi owners of the Sorbonne pay much better – and, more importantly, he can be polygamous.

As he notes, in envious fantasy, of his charismatic new boss, who has adroitly converted already: “One 40-year-old wife for cooking, one 15-year-old wife for other things … no doubt he had one or two others of intermediate ages.”

The novel ends in an almost science-fictional conditional mood, with François looking forward dreamily to his own conversion and a future of endless sensual gratification: “I’d have nothing to regret.” With his publisher under police protection, Houellebecq must surely regret the manner in which his darkly clever and funny book has become another succès de scandale.