I’m so damn tired of your disingenuous Twitter apologies 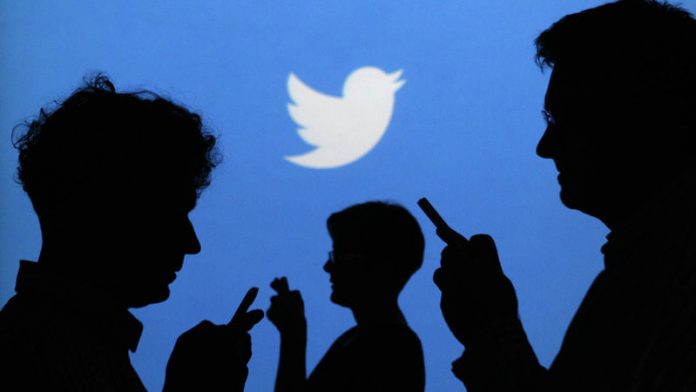 Whatever your present feelings on free speech, isn’t the greatest touted virtue of Twitter its immediacy and intimacy, offering insight into people’s innermost thoughts as they happen?

We lionise this medium that enables instant revelation and then we abhor it when people do just that – when they tell us what they think, as they think it.

Let’s get real: Do we want honesty and immediacy or not? This comes at a price – human imperfection – and we should get used to it.

Twitter is never going to be a vehicle for fine literature or eloquent debate, nor should it be because we would lose its invaluable essence: contemporary candour.

In a world deluged by political doublespeak, here’s a medium that’s anathema to it – and we should be grateful for it.

After CeeLo Green’s court case late last year, in which the R&B artist and one-time celebrity judge of hit reality show The Voice was convicted for drugging his dinner date, he tweeted that having sex with an unconscious woman could not be considered rape.

Yes, you did mean it

But when he tweet apologised that his comment was taken out of context and that he would never condone harm of any women, I called it bullshit.

And I could because of the intense access Twitter had afforded me. Now, as a very ex-fan, I know exactly what a scumbag like CeeLo Green believes about rape.

Zelda la Grange, Nelson Mandela’s longtime personal assistant, tweeted in response that Zuma’s remarks made her feel unwelcome as a white person in her own country.

So starts a Twitter furore. La Grange, initially baffled by the backlash, defended herself to the Twittersphere.

Eventually, worn down by the online frenzy, she relented, offering the inexorable and obligatory Twitter apology: I didn’t mean that.

I don’t think La Grange was wrong to say what she did. I don’t think she made a mistake by saying it. And I certainly don’t believe, for a second, that she now suddenly no longer feels what she tweeted that day.

In a world full of political spin and duplicity, just when did we become so damn ungrateful for the truth anyway?

I’m hoping for the latter, but knowing what we do about human nature, I’m not optimistic.

The plain fact is: Twitter’s free speech is good for all of us. We shouldn’t be deprived of CeeLo Green’s shocking ignorance or La Grange’s shocking confession – the truth is too important for that.

As for Max du Preez, thank God there’s someone who still knows what an apology’s really for: when you’re wrong. And you know it. And you mean it.

Du Preez wrote a newspaper column, quoting a Supreme Court of Appeal judge saying Zuma had a corrupt ­relationship with his financial adviser, for which the newspaper subsequently apologised.

Du Preez meant exactly what he said. He wasn’t wrong. And he knew it. So he refused to apologise and resigned instead.

And that’s why, when Du Preez does get it wrong – and he will, being human – and when he realises it as an ethical person, he will apologise.

And it will actually mean something, unlike the ubiquitous, tactical and disingenuous modern trend that is the Twitter apology.

Gregory Paitaki is a PhD candidate in media studies at the University of Cape Town and is researching political cartoons in South Africa. Contact him with your candour at [email protected]

The Covid-19 pandemic provides a chance to reflect on, reimagine and reset the global economic system
Read more
Opinion

A statue of the French king in Louisville, Kentucky was damaged during the protests against police killings. It should not be repaired
Read more
Opinion

Target poor populations with meaningful measures other than lockdown

Low and no-income people are the hardest hit by Covid-19. Isolation is near impossible in places like townships. Rather lift them out of poverty
Read more
Coronavirus

South Africa’s military is not suited for the fight against Covid-19. Here’s why

SANDF has been trained and equipped for precisely the opposite of what President Cyril Ramaphosa has asked of it – to save lives. Its purpose is to defend the country and its people against physical, external enemies – by killing such enemies if need be
Read more
Opinion

To end racism, we will have to change the structures from which it draws its mandate, and get rid of liberal and right-wing politicians who give it oxygen while we are being asphyxiated
Read more
Advertising
Continue to the category
Coronavirus