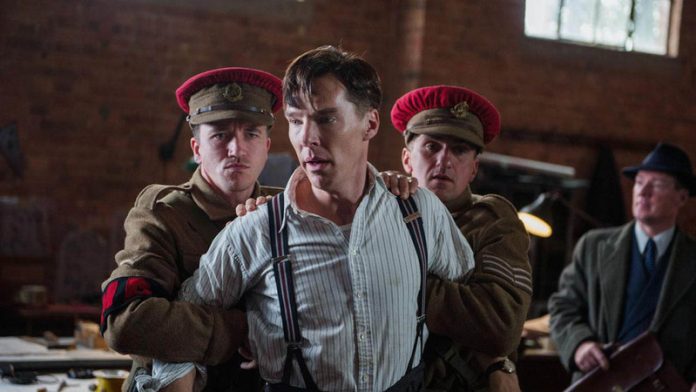 Despite its flaws, The Imitation Game watchably recreates one of Britain’s finest hours, and one of its most shameful. In 1952, the draconian era of home secretary David Maxwell Fyfe, the mathematician and wartime code-breaker Alan Turing was prosecuted for gross indecency and forced to undergo “chemical castration” hormone treatment in lieu of a prison sentence, after which pointless ordeal he killed himself.

Turing was a war hero equal to Alanbrooke or Montgomery, but unlike these men his lifelong vow of government secrecy meant that he did not have the prestige that might have made his persecutors think twice. Just a decade before, Turing had done perhaps more than any individual to defeat Hitler by cracking the Enigma code in which Nazi military instructions were delivered, and then calculating precisely how much of this information the Allies could act on without giving the game away. But a shabby and squalid homophobia reduced Turing’s post-war career and happiness to rubble.

Graham Moore’s screenplay, Morten Tyldum’s direction and Benedict ­Cumberbatch’s lead performance all rightly convey anger at this tragic waste, although the movie insists on a faintly glib alignment of genius, autism and homosexuality, and also overloads the drama with fictional speculations about Soviet spying and the “fifth man”, John Cairncross.

The final credits state that the Enigma case was a government secret for 50 years after the war: a little misleading, as Ian McEwan’s TV play The Imitation Game (a fictional variant on Turing) came out in 1980, and Hugh Whitemore’s stage play Breaking the Code, starring Derek Jacobi as Turing, was first performed in 1986.

Michael Apted’s 2001 film Enigma, based on the Robert Harris novel, was a fictional drama based on wartime code-breaking at Bletchley Park, in which Turing was removed from the picture.

The mathematician
Cumberbatch is really good as Turing. Probably no other casting was possible. He is a bit Sherlockian, but it is a confident, plausible and thought-through performance. His Turing is utterly frank, entirely tactless, completely insufferable: people who do not have first-class minds, or are not likely to offer real assistance to those who have, are dismissed. He has the apparent arrogance and abruptness of a pampered child or brilliant bachelor don, which infuriates his commanding officer at Bletchley Park, Commander Alastair Denniston, played with gimlet-eyed ferocity by Charles Dance.

Maybe Cumberbatch studied Peter O’Toole’s TE Lawrence before filming began, or Karl Johnson’s Ludwig Wittgenstein in Derek Jarman’s 1993 film. This Turing has the weirdly guileless candour that a military man would mistake for ­insolence – although for me Cumberbatch does not resemble the famous semi-profile portrait ­photograph of Alan Turing whose half-smile has a dreamy, romantic quality.

The film flashes back and forth between three eras: his arrest in the 1950s, his wartime triumph in the 1940s and his unhappy boarding school childhood in the 1920s. The mathematician arrives at Bletchley Park and instantly antagonises one and all with a refusal to be a good chap and to pay lip service to rank and precedence: those who are nettled include his notional superior, Hugh Alexander, played with sleek confidence by Matthew Goode.

The Enigma code-breaking
The film stretches credulity by having the MI6 chief on hand a great deal, to offer cynical comments and instructions: this is Stewart Menzies, played urbanely by Mark Strong. But one of the most vivid characters is Turing’s fellow code-breaker and friend Joan Clarke, who really was briefly engaged to Turing, a strategic alliance from which the movie extracts a shrewdly imagined and sympathetic drama.

It is an excellent portrayal from Keira Knightley, who shows that with the right role she is a natural star. Tuppence Middleton plays Joan’s sexy friend Helen, whose chance remark in the pub triggers a vital insight in Turing’s mind.

The story of the Enigma code-breaking is fascinating and heroic, and it is impossible not to be caught up in it. There is an irresistible romance in the idea that people who are good at crossword puzzles can defeat evil.

The Imitation Game has one or two war-movie clichés and all the ­business about Soviet spying is cumbersome and unconvincing; the film creates a problem for itself with that. It is a problem for which Cumberbatch’s performance is an almost complete solution. – © Guardian News & Media 2015

The Baftas don’t even bother with tokenism anymore