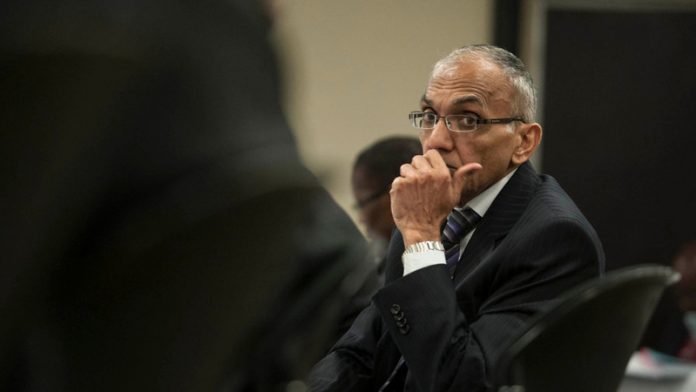 As the nation digests the sudden resignation of the head of the Special Investigating Unit (SIU), Vas Soni, this week, the investigator at the centre of the Nkandla probe is also leaving the anticorruption agency.

The unit programme manager, Mary-Anne Whittles, who co-ordinated the investigation of the security upgrades at President Jacob Zuma’s private home and led the civil litigation against his architect, Minenhle Makhanya, cleared her desk on Friday.

Whittles confirmed her resignation but insisted it was not related to the Nkandla saga. “I received a better offer outside. It was personal. I did it for my family,” she said.

Soni cited his wife’s illness as a reason for his resignation.

But even before Soni’s resignation became public knowledge, the Democratic Alliance leader, Helen Zille, accused Zuma of taking a hypocritical approach to corruption and was in effect disbanding the anticorruption task team.

She was referring to two events in the past month: Police Minister Nkosinathi Nhleko suspended the Hawks boss, Anwa Dramat, and the new commissioner of the South African Revenue Service (Sars), Tom Moyane, suspended Clifford Collings, its anticorruption and security head, ostensibly for delivering his vehicle late.

Soni’s resignation, albeit for personal reasons, is the latest of a string of departures, suspensions and acting appointments to take place in the criminal justice system, including in the National Prosecuting Authority (NPA), the Hawks, Crime Intelligence, the South African Police Service, the SIU and Sars.

Vusi Pikoli, the Western Cape police ombud and a former national director of public prosecutions, said the Hawks were supposed to be the corruption busters in place of the Scorpions. “Their operations are crippled. They have been neutralised. We have started seeing the undermining of state institutions and seeing that there is a problem with the rule of law. The reality is that the members of the public, you and I, who need to be protected, feel insecure when these state institutions are deemed ineffective.”

At the NPA, Pikoli’s eventual successor, Mxolisi Nxasana, allegedly failed to get security clearance for a crime committed in the 1980s, which was another cause for concern, Pikoli said, and Zuma’s announcement of an enquiry to look into Nxasana’s fitness to hold office has since stalled.

Regarding the SIU, Pikoli said a vital cog in the justice system had been left without a head. “It took time to have a permanent appointment and again he is leaving. It creates doubt in the minds of everybody.”

President’s call
Mcebisi Ndletyana, the head of the political economy faculty at the Mapungubwe Institute for Strategic Reflection, said the problem was that the appointment of all the unit heads were at the discretion of the president, something he was unlikely to relinquish.

“He [Zuma] has always been interested in who heads these institutions. Because of the corruption allegations and the patronage that the president has developed, it has made the presidency sensitive about issues of security and safety. It is an insecure presidency,” Ndletyana said.

It was impossible to divorce Zuma from the instability in the security cluster, which coincided with the start of his presidency.

“The conception of his presidency depended on the weakening of these institutions. It started with the disbanding of the Scorpions, which Zuma considered a nemesis to his rise into the presidency.

“This set him against these institutions. It pitted him against the court, because of the fact that he had these legal problems over his head and held the possibility of him being dragged to court.”

People were removed because they stumbled on information that went counter to what the presidency expected them to do, Ndletyana said.

Candice Bailey is a journalist with Corruption Watch.