No chickens come home to roost 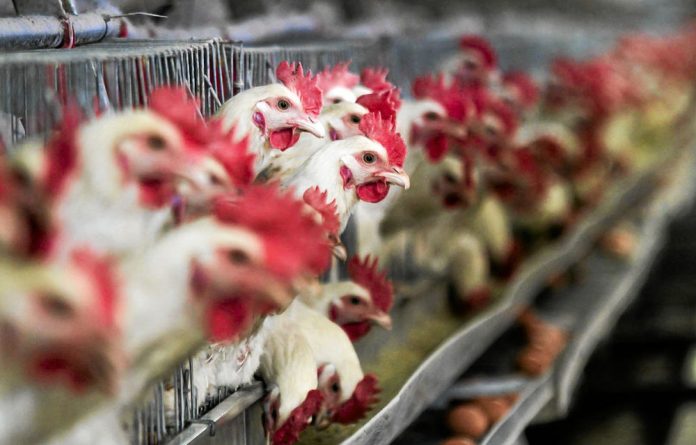 Political interference has been blamed for the 12-year stagnation of a multimillion-rand project in Limpopo that was meant to be a game-changer in the poultry industry.

The provincial agriculture department is estimated to have spent at least R100-million on infrastructure for the Integrated Poultry Project, which was intended to benefit emerging farmers but is stalled.

Central to the controversy are claims of political interference and infighting in the provincial agriculture department, which provided the funding, and the Limpopo economic development department, which is managing the project.

In a letter to agriculture MEC Joy Matshoge and Premier Stan Mathabatha, the chairperson of the Limpopo Poultry Farmers’ Association, Padi Motuku, objects that “political interference must not interfere in the process of appointing the potential strategic investor … it is an open secret that this has always been the cause of failure to appoint one in the past”.

Last Friday, amaBhungane attended a meeting of frustrated farmers and workers at the project’s unused abattoir in Lebowakgomo, 60km from Polokwane.

“Try calling both departments, or going there to ask about the project – no one knows anything, because the project is being handled higher up,” said one farmer. “When you ask what that means, people shrug their shoulders.”

The agriculture spokesperson, Mashudu Mabata, denied claims of political interference in the project, which was announced in 2003. The delay, she said, was “partly because of the ongoing refurbishments … to suit the requirements and get the abattoir ready after the short-term operator vacated.”

Mabata said leadership and staff changes in the department had also had a detrimental effect on the project.

A “poached” deal
In 2013, the department was sued by a businessperson, Thabo Mokwena, for R1.5-billion for a breach of contract. According to the Star newspaper, Mokwena claimed he was about to win the tender to manage the scheme when the former MEC, Jacob Marule, cancelled the contract for no reason. The matter was settled out of court.

A departmental source said the management contract had been advertised three times. “There’s always a fight between officials who want to go through the selection process and those who want to bring in their people, so no decision is made.”

The most recent tender set a September 25 2014 deadline for the submission of bids. Mabata said the adjudication process was not yet finalised.

In their large air-conditioned offices in central Polokwane, officials of both departments seemed confused about what the project has cost.

Mabata put the total cost at between R30-million and R40-million. But the farmers said that, according to official documents they had seen, the 16 computerised, “environmentally controlled” broiler houses, built in 2007, cost R5-million each – a total of R80-million.

Two separate refurbishments of the abattoir, in 2004 and 2012, cost a total of R58-million, according to a well-placed official. A reputable poultry-processing company, which did not want to be named, confirmed the cost of refurbishing the abattoir at about R50-million.

The department also paid for training in hygiene, meat processing and inspection for farmers and workers at the National Productivity Institute’s offices in Midrand.

AmaBhungane was told that the government was still paying R3-million a year for security guards at the abattoir, electricity, water from a borehole and maintaining broiler houses.

Neglected and vandalised
Originally, the scheme was envisaged as having four phases: a breeder for egg production; a hatchery for chicks; broiler rooms for the rearing of chickens; and an abattoir where farmers in the Lebowakgomo and Sekhukhune area would take their chickens to be slaughtered, cleaned, packaged and sold.

A visit to the project showed that most of the broiler houses are neglected and some badly vandalised.

Motuku said other houses had been stripped of their windows, doors, electric cabling and water pipes, which the department had repaired – in one case at a cost of R2-million. “More wasteful expenditure,” he said. “In fact, the whole project is a waste of taxpayers’ money.”

Inside the abattoir, an eerie silence reigns and the machinery is starting to rust.

“This will cost the department a lot more money because these are specialised machines that don’t come cheap,” said Motuku.

“Replacing the ammonia used in refrigeration will cost the department at least R2-million. The ammonia room is the heart of the abattoir,” said a former worker, who did not want to be named.

Frustration
Francina Mamosebo, a 54-year-old mother of eight from the nearby Makurung village, went on a hygiene course in 2004 and was looking forward to working at the abattoir.

“When the project was launched, there was excitement in the village. Finally, our prayers were answered – we were going to get jobs, our government was looking after us,” she said.

Mamosebo said the community was now angry, depressed and frustrated.

Motuku said the farmers felt the same way. “This was our chance to get into the industry. We were going to be the first black community with its own chicken brand.”

He said letters to the department to get the project moving had largely been ignored.

One response from the office of the Limpopo premier on October 29 last year states: “Kindly note that your matter has been referred to the MEC of agriculture for further handling and processing.”