The trials of child-headed families 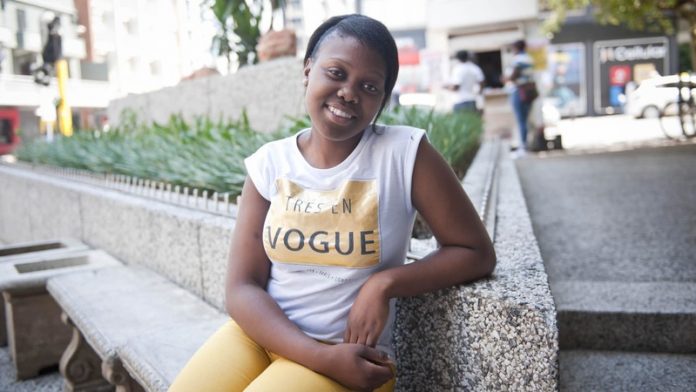 Mkhwanazi found herself placed in the unenviable role as a teenage head of a household, she became legally entitled to collect the state’s social grants for her family.

The Children’s Act 38 of 2005 (as amended by the Children’s Amendment Act 41 of 2007) and the associated regulations came into force in 2010, making it possible for children over 16, who have assumed the role of family caregiver, to collect the monthly grant.

The Act cannot, however, address some of the other challenges facing the young heads of these families, often placing the burden on social services to provide them with assistance.

In Mkhwanazi’s case, she was still in high school when she began caring for her sisters, 16-year-old Thembi and six-year-old Jane, and her brother, nine-year-old Nkosana.

Child and youth careworker Joyce Mohlomi, who is part of the Isibindi project, stepped in to help when she identified the family as needing urgent assistance. Mkhwanazi was battling — she felt overwhelmed with responsibility — and had just failed Grade 11.

Mohlomi called a family meeting to mediate the issue of who should collect the family’s social grant. Mkhwanazi had elected to let her 30-year-old sister Moipone Nxumalo continue to collect the R2 490 grant each month.

The social grant had become a matter of concern because last year Nxumalo had moved to Mpumalanga to find a job, a long way from the family in QwaQwa in the Free State.

Mohlomi thought it might be preferable for Mkhwanazi to collect the grant, rather than Nxumalo sending food and clothing parcels to the young family. But she accepted the teenager’s decision because she did not want to upset the family dynamics.

Nxumalo said she had helped raise her siblings after her mother died six years ago but had been forced to move to Mpumalanga to look for a job. Despite living away from the family, she said she continued to provide financial support, clothing and food for her siblings.

While Nxumalo had recently married, she said she planned to return home to look after the young family so that Mkhwanazi could realise her dream of studying to be a nurse in Johannesburg.

And this is where the story is nothing short of a miracle: the teenager has just become eligible to go to university. Now 19, Mkhwanazi passed her matric exams last year, through “sheer hard work”, according to Mohlomi.

The careworker said another family meeting would be called to discuss how best to manage the current family predicament, because she had met a member of the extended family in QwaQwa who had agreed to look after the children.

For Mohlomi, her involvement in the Isibindi project was the realisation of a dream because she helps many children and youth, like Mkhwanazi, who face dire situations. Previously unemployed, she was trained by the government initiative, the Isibindi project, which is run in a partnership between the National Association of Child Care Workers (NACCW) and the national and provincial department of social development.

Now it is Mkhwanazi’s turn to shape her own future, with professional assistance. Having helped raise and care for her siblings, it would seem she would be a perfect candidate for a nursing job.

But life remains tough for the teen. Having just written an entrance examination, she will have to wait to see whether she is offered a sought-after place in a nursing college.

Yet that is not the end of her problems. Funds or a bursary will also have to be found for her nursing tuition. Mohlomi said she would help Mkhwanazi to try to find funds for her studies.

Speaking from the Johannesburg office of the careworkers association, Mkhwanazi sounded exhausted after having sat the nursing entrance examination.

“I wrote an exam at a hospital,” the teenager said, sounding slightly defeated.

“They said they need only six people there, and we were many.”

She had also tried to find out whether she could secure a place at university.

Asked about the social grant her family received, Mkhwanazi said the social grant had not been for herself, but for her younger siblings who qualified for it. She did not even know the amount given each month to the family. “My sister brings the food and buys clothes for the family,” she said.

The teenager, now 19, said her mother had died when she was 13 and that she did not know what had caused her death.

“I do not know my father,” she said quietly.

All she wanted was to get into a nursing school. “I just like helping people, and it is just what I want to do. I couldn’t believe it when I got my matric results. I got an SMS from the SABC to say I had passed, and they wanted to speak to me,” she said.

The deputy director of the NACCW, Zeni Thumbadoo, said child and youth careworkers were one of the social service professionals identified in the Children’s Act.

“We have tried for a long time for our work to be recognised, and acknowledged. And recently it has, with the statutory regulation of child careworkers from the South African Council for Social Service Professions. Child and youth careworkers are the second category of workers being regulated in the social services sector, following social work. We are in the process of being regulated.”

Thumbadoo said her nonprofit organisation worked with child- and youth-headed households around the country.

“The youth might be heading the household, but they are often still at school. If we are servicing 140 000 children around the country, only 6% of them would be in child-headed households. The rest of the children are orphaned children — single or double orphaned children — but the majority of them would be living with a caregiver adult. They might be in foster care, or granny-headed households. So your definition cannot be too distinct.

Even if there was an older granny, who was stressed out, they are in a way caring for each other. Our job has been to access the child support grant, the foster care grant, where possible, or other suitable grants.”

Child-headed households are small in number, spread out around the country, and transient in nature, according to senior researcher Katharine Hall of the Children’s Institute at the University of Cape Town.

“The definition of child-headed households contained in section 137 of the Children’s Act includes a household in which a child over the age of 16 has assumed the role of caregiver, even if there is an adult living in the household who, for instance, is very old or terminally ill and is unable to take responsibility for ‘heading’ the household, whatever that means. The whole notion of headship is messy and controversial,” said Hall.

“The definition of such child-headed households is dependent on their identification by welfare services and a discretionary decision by the provincial head of social development that it is in the best interest of the children in the household for it to be defined as a child-headed household. This construction of ‘child-headed household’ is therefore conferred administratively; it is not a household form that can be quantified through national survey data and should not be conflated with the statistical estimates.”

Hall said the figures, analysed from Statistics South Africa’s General Household Survey, suggest that 0.5% of children live in this household form, and that there are around 90 000 children in 50 000 child-headed households nationally.

The Children’s Institute has found that, because of the HIV epidemic, there has been a marked increase in the proportion of children who have lost both parents. But it has also been ascertained that most children living in child-headed households have a living parent.

“Social grants are an important source of income for millions of people in South Africa. As children in child-headed households are older, on average, than in mixed generation households, fewer children fall within the eligible age threshold for child support grants [up to 14 years]. In addition, there are no pensioners living in these households. This means that child-headed households will have less access to income support through social grants,” the Children’s Institute stated in its statistical brief.

For many families like Mkhwanazi and her siblings, the timeous intervention of a child and youth careworker like Mohlomi, who worked overtime to supervise the teenager’s homework and guide her when she was overwhelmed, has proved to be a life-saver.

Medical treatment and the act

A significant provision of the Children’s Act is the setting of the age of consent to medical and surgical treatment to 12 years. It includes important provisions covering HIV testing, virginity tests and circumcision. Implementation of the Act is governed by the General Regulations Regarding Children (Regulation 261).

The motivation for the Act was to allow the child heading a household the right to make medical decisions for themselves and siblings, which they previously were not entitled to do.

The Act provides that, “provided they have the maturity to understand the benefits, risks, social and other implications of the treatment”, children of this age may consent to medical treatment on their own behalf.

If the proposed treatment involves a surgical procedure, a sufficiently mature child may still consent, if he or she is “duly assisted by his or her parent or guardian”.

To cater for the growing number of child-headed household the Act gives minors of 12 or over, who are themselves parents [“child parents”], the right to consent to medical examinations and treatment for their child, provided they have the maturity of understanding to do so.

They may also consent to surgical treatment for their child, but are again still required to have the assistance of someone who has parental responsibility for them.