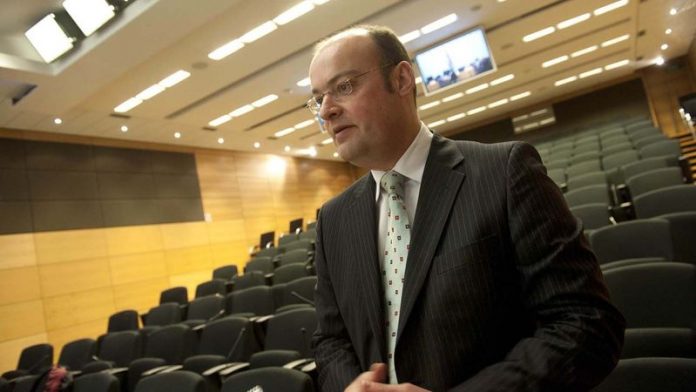 “There is a problem from my side … for us to proceed with the request of the minister … In the current legislation it says a committee of Parliament must entertain this request by the minister,” committee chairperson Francois Beukman told MPs.

“[But] it’s not clear in the current legislation, or even in the Constitutional Court judgment [of December last year], that that committee is the portfolio committee on police.”

It could be argued that a different committee, or even an ad hoc committee, should deal with the matter.

In a letter to Beukman on Thursday, Police Minister Nkosinathi Nhleko called on the committee to take steps, in terms of legislation, to remove Dramat as head of the Directorate for Priority Crime Investigation.

Beukman on Friday said that in the absence of clear guidelines, the only authority – in terms of the parliamentary framework – that could make a decision on whether his committee could proceed, was the speaker of the National Assembly, Baleka Mbete.

“So my suggestion is we take note of [Nhleko’s] letter, and that I write to the speaker this morning and ask guidance whether indeed it is the portfolio committee on police that can move with this matter, or entertain this matter.”

All parties present in the committee concurred.

Beukman said he had given the matter consideration overnight, after receiving Nhleko’s written request on Thursday.

It was important the committee acted in terms of the Constitution, in terms of the law, and also in terms of the rules and precedents. “With such an important matter there is a heavy duty on members of Parliament to look at everything before us. Apart from the [minister’s] letter, we must look at the current legislative framework as a starting point,” he said.

Beukman said a letter would be sent to Nhleko.

“We will write back to the minister of police saying we note his request, and that we will write to the speaker of the National Assembly and ask guidance whether in terms [of legislation] we are indeed that specific committee.

“There must be legal certainty before we even entertain the merits or the process,” he said.

Dramat has refused to speak to the media, but a well-placed source said he had told associates that, if he returned to office to resume the “sensitive investigations” involving “very influential persons” he blames for his removal, he would be placing himself and his family at serious risk.

The source asked not to be named but is familiar with Dramat’s state of mind.

It is understood that Dramat has raised his security concerns with his lawyers.

It is also understood that his loyalty to the ANC is weighing strongly on him. He has allegedly come under pressure from party heavyweights to step down – and was said to have eventually agreed to a meeting with senior party members scheduled for 3pm on Thursday this week.

It is not known whether the meeting took place or what the outcome was. – Sapa, Staff Reporter