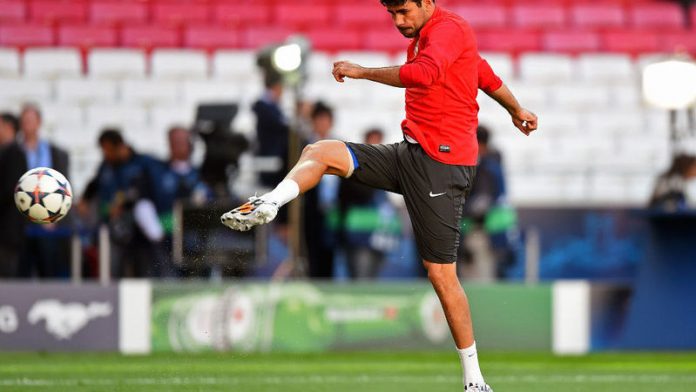 Once again it was Diego Costa who lit up the semifinal second leg of the Capital One Cup between Liverpool and Chelsea with his Dark Arts this week. This time he was accused of deliberately stamping on Emre Can and Martin Skrtl. In the first leg his simmering onfield skirmish with Jordan Henderson ended with a scuffle in the tunnel after the match.

The point is that the pair were continuing the fine tradition of the fixture, an uncommon rivalry full of needle that developed over those years when Liverpool and Chelsea seemed to play each other every second week, as the teams and supporters got to know then grew to despise each other.

Costa seems to be the perfect man to continue this tradition. He is 1.89m of walking aggro, a man just as ripe for a wind-up as he is likely to do the winding. He’s the sort of player you hate if he plays against you but wish with every bit of your soul he was in your team, and not just because he is so good.

Graeme Souness commented last week that Arsenal were a team of “sons in law”, nice young men among whom nary a rascal is to be found, and he did not mean it as a compliment. Costa is the rascal’s rascal – poking, prodding and pushing.

“Diego Costa says he never takes his work home with him. Which is probably a good thing,” wrote Sid Lowe of the Brazilian-Spaniard when he was at Atletico Madrid. “If he did, he might walk through the door, goad the dog with a stick, surreptitiously elbow his wife out of the way on the stairs, shrug his shoulders innocently as she lay in a crumpled heap at the bottom and whisper insults to his children, look the other way and whistle when they burst into tears.”

Henderson is by no means the first player to attempt have an altercation in the tunnel with our man. A few years ago the Real Betis defender Antonio Amaya made a rick that resulted in a goal for Costa, for which he was extremely grateful, it seems. “He was shouting and thanking me for the gift,” Amaya said. “If my team-mates had not held me back, I would have killed him. That shows what kind of person he is: he has no heart and no shame.”

Damien Perquis, one of those team-mates, offered the profound understatement: “Costa is a difficult player to put up with.”

Bad milk
Quite so. He is a pest, an annoyance, the sort of player who irritates you even before he scores a goal, which he has already done 17 times in 19 league starts this season. He is the sort of player whose joy at scoring seems to be amplified by irking his opponents and, like Jimmy “The Gent” Conway, you get the impression he roots for the bad guys in the movies. His coach at Valladolid, José Luis Mendilibar, said Costa had that mala leche, which translates as bad milk, but basically means an “edge, nastiness”.

Costa has become such a target that Fenerbahçe’s Bruno Alves, the Portuguese bruiser never shy of a robust challenge himself, laid a two-foot reducer on him in a pre-season friendly. But this was only after Costa had scored a quite brilliant solo goal, barrelling through the Turkish defence like the boulder from Indiana Jones and finishing unerringly. It was Costa in a nutshell.

Costa is now such a part of the Chelsea-Liverpool enmity the Kop had a new song about him in the first leg – one that was not especially complimentary about his appearance – but you wonder why they bothered. If you try to rile him, it seems he will score, give you a thump, engineer a sending-off, or possibly all three; whatever, it probably is not going to end well for you.

Of course he probably could not get away with any of this if he was not so good, but he very much is, and it’s the way he plays that makes him most entertaining. He is rough in both senses of the word, and although he has intelligence, a neat touch and scalpel-like accuracy in his finishing, he does not have a massive amount of finesse but a largely visceral, unpolished style that makes him stand out in a world where technical proficiency is king.

“I wasn’t coached,” he said this season. “I think when you are developed at an academy it shapes you and gives you a certain education. You need discipline, so there is a downside of never having a formal education, but there’s also advantages; you learn about the tricks of the game quicker, and you become smarter by playing on the streets against older guys.”

“Nobody gave Costa anything for free,” José Mourinho said after signing him for £32-million from Atletico. “He has always had to fight a lot … he is not afraid of anything; he is ready for everything.”

Call him smart, call him dirty, call him a cheat. Diego Costa is the sort of footballer we should all want to watch, hugely talented, aggravation incarnate and absolutely perfect for Chelsea v Liverpool. – © Guardian News & Media Ltd, 2015