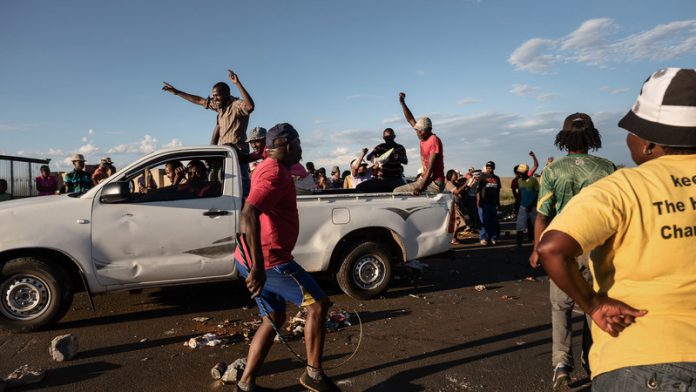 To invite the public to suggest on Twitter what President Jacob Zuma should say in his State of the Nation address on Thursday night was perhaps not the presidency’s wisest marketing idea. The bulk of the responses were less than charitable: “Resign!” or “Pay back the money!”

You may dismiss them as the view of a “kleva” elite detached from the millions who voted for the ANC, but the ruling party cannot afford to be complacent any more. It can no longer capitalise on its past glories. It has already alluded to this reality in an internal discussion document at its annual lekgotla, admitting that its “good story” is not entirely rosy.

Then there’s the presidential infrastructure co-ordinating commission’s just-tabled report, which deals with the issue of whether the ANC has been able to deliver on its “manifesto commitments” – that is, the promises it made before the last election and in previous State of the Nation addresses. As we report in this edition, the problems in governance related by the report are many, from departmental infighting to poor planning. Despite the government’s tendency to deny first and argue later, hopefully it will take this information on board and act on it.

It may even come to recognise the truth of such claims – just as ANC secretary general Gwede Mantashe admitted recently – that the ANC was losing its liberation shine and its majority could shrink further. If the party can admit that its hold on power is slippery, perhaps it needs to listen to its critics and protesters crying out for an accountable and effective government.

Granted, there are external factors beyond its control, such as the gloomy world economy and major economies such as China slowing down. Investors are either looking elsewhere or withholding their money, pouring cold water on prospects of staunching unemployment.

But the ANC government is in control of policy-making and other tools that could turn the situation around. It has consistently allocated money to infrastructure in health, education and other key areas. Its admission of poor planning and factional fights shows that voters don’t want more promises – or policy revisions. Their patience is waning, even turning violent. A week before the big speech, residents in Gauteng, Limpopo and North West burned government offices and attacked foreign-owned shops in despair at the state’s inability to see to their most basic needs.

If those people had tweeted their advice on the State of the Nation speech, they would probably have said, simply: “Deliver!”.

In response to Ryno Geldenhuys’s piece Under Mbali Ntuli the DA would offer South Africans a new political home, published in the Mail & Guardian on 13 October
Read more
National

Roshan Morar’s extensive links with government are deep and lucrative: a 300% ballooning tender; the nod for an ambassador’s post from ANC secretary general Ace Magashule; seats on the boards of a multitude of public entities and now a questionable PPE tender
Read more
Advertising