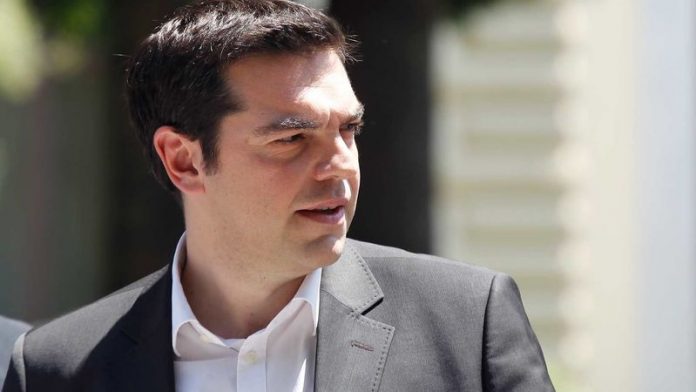 Greece’s newly installed left-wing government is heading for a showdown with German leaders over plans to cut the debt repayments due from Athens this summer.

Greek Finance Minister Yanis Varoufakis flew to Berlin for meetings on Thursday with his German counterpart, Wolfgang Schäuble. At the end of a four-day tour of European capitals, he claimed he now had widespread support for his debt relief proposals.

Varoufakis said a meeting this week with European Central Bank (ECB) chief Mario Draghi had been “fruitful” and Athens could count on the central bank’s support.

“I don’t think positions of the member states in the Euro area with regard to Greece differ, at least in terms of substance,” Merkel told reporters. There were also reports that the ECB would not allow Athens to use the central bank’s balance sheet to raise cheap bridging finance.

Reuters reported it had seen a document prepared by Germany that made it clear that Berlin wants Athens to go back on its promises to raise the minimum wage, halt unpopular sales of national assets, rehire fired public sector workers and reinstate a Christmas bonus for poor pensioners.

“The Eurogroup [of eurozone finance ministers] needs a clear and front-loaded commitment by Greece to ensure full implementation of key reform measures necessary to keep the programme on track,” it said.

Following a meeting with the European commission president, Jean-Claude Juncker, in Brussels, the Greek premier flew to Paris for talks with President François Hollande. After talking for more than an hour in the Élysée Palace, both agreed the EU must change tack to focus more on growth and jobs and called for dialogue on the Greek debt crisis.

Hollande said Europe should show more solidarity, which “underscored that austerity as the only perspective and reality was no longer tolerable”.

But he was more circumspect when asked about plans to cut Greek debt payments. “There is also respect for European rules, which are imposed on everyone, France too; it’s not always simple. And then respect for commitments that have been made in connection to debts related to states,” Hollande told reporters with the Syriza leader at his side.

Tsipras said: “The debt must become viable; this is what we must discuss,” adding that he had put “realistic” proposals to EU partners in meetings over the past few days. “We can work together to get out of the crisis in Greece and to help Europe overcome the crisis,” he said.

Markets, which have rallied in response to the more moderate tone struck by Tsipras, remained steady. Greek banking shares rallied for a third day, with Bank of Piraeus up 20.8% and Eurobank up 10.7%. The Athens benchmark index ATG, which rose 0.9% on the day, has now recovered all the ground lost after the election of Syriza.

Tsipras wants easier terms of repayment on the country’s €240-billion in bailout loans and to relax austerity budget measures the country has been required to make. Athens has balanced its current spending; only after cuts to minimum wage and state pensions, which Syriza argues has plunged the country into a debt spiral, undermining its recovery.

Varoufakis said debts should be forgiven until the economy and government finances are in better shape.

Stephen Lewis, chief economist at broker ADM Investor Services, said: “While it might seem reasonable that the Greek government’s debt servicing costs be reduced if growth turned out weaker than expected, symmetry would demand Greece pay more if growth turned out to beat forecasts.

“If the Greek debt burden could only move in one direction, that is, towards a lighter load, the European Commission would be accepting the principle of debt forgiveness.” – © Guardian News & Media 2015