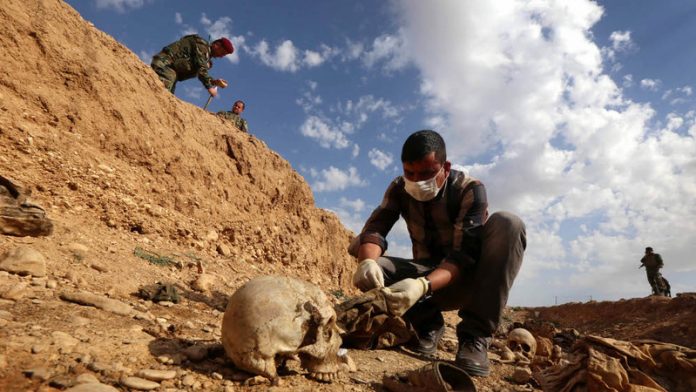 Before the savage death of their downed pilot, many Jordanians worried that their role in fighting the Islamic State could bring the region’s woes back home.

Now, the shocking images of Muadh al-Kasasbeh being burned alive have galvanised a country, leaving even skeptics of Jordan’s contribution to the international coalition demanding revenge and vowing “whatever it takes” to fight the group.

The day after the horrific images of the caged pilot being burnt alive were released, the streets of the capital Amman were subdued, except for the crowds that lined the road from the airport to the royal palace to welcome home their monarch, King Abdullah II, from his shortened visit to Washington.

Privately though, inside tea houses, universities, shopping malls and restaurants, people seethed. Radio and television stations played patriotic hymns on high rotation and all 23 minutes of the gruesome images were being widely circulated on social media. Occasionally, passions flared.

“I swear to God we will kill all those pigs,” said Musab Ibrahim, from inside a café in Amman’s Old City. “Whatever it takes to finish them is what we will do.”

At a nearby table, four men interrupted a card game to condemn the executioners and eulogise Kasasbeh. “He is our son, he is a hero. All of Jordan is with him and with our king,” said Yousef Barghouti, a primary school principal.

“We are all Hashemites and we are following the government with no reservations in this fight against these godless terrorists,” said another man, Yousf Majid al-Zarbi. “Have you seen that video? I mean really, how in humanity could this be a just punishment for any person?”

At intersections in the heart of Amman, street vendors sold flags of all sizes and funeral bouquets prepared for Kasasbeh. There were few takers though. A society that had been gripped for almost a month by the plight of Kasasbeh, and the pleas for mercy from his desperate parents, had seen the raw horror of his death eclipse their worst fears.

Ghader Shathra, a nurse, said she and her family had been numbed by the news and the reality that it would probably lead the country to war.

“We have watched as the region has disintegrated. We have taken in almost two million refugees, and we have hoped that it wouldn’t come our way. But sometimes you have to stand and fight. We have no option.”

Jordanian officials moved closer on Wednesday to putting the country on the war footing that many of its citizens seemed ready for. “All the state’s military and security agencies are developing their options,” said spokesperson Mohammad al-Momani. “Jordan’s response will be heard by the world at large but this response on the security and military level will be announced at the appropriate time.”

The statements were enthusiastically received, as were the flyovers of F-16s – the same fighter jets flown by Kasasbeh before he was downed over the eastern Syrian city of Ar-Raqqa. The jets soared across Amman and Kasasbeh’s hometown of al-Karak, 140km south of Amman, where his grieving parents received condolences.

“I taught my son to serve the kingdom and he did,” said Saif al-Kasasbeh. “He became one of the best pilots and he devoted his life to defending the country. Muadh is a son of Jordan and I ask the king to deliver his promise to take revenge. I call upon the international community to destroy the Islamic State, which has nothing to do with Islam and its principles.”

The Islamic State took to social media on Wednesday to claim that its latest atrocity could be justified under Islamic law. There was no support from clerics – at least not publicly – for such a claim inside Jordan, nor from the leading figures of the Islamic world, who roundly condemned the murder.

Outside the King Abdullah Mosque in the heart of Amman, where midday prayers paid homage to Kasasbeh, Ayman Bassam Hafez demanded more executions to avenge his death. Two death-row inmates were hanged at dawn on Wednesday, among them the failed suicide bomber Sajida al-Rishawi, whom the Islamic State had wanted to trade for a Japanese journalist it beheaded a week ago. Another three inmates are also likely to be sent to the gallows in the coming days.

Where to now for Jordan’s military is increasingly consuming the nation’s leaders, who need a strategy to keep the Islamic State from its doorstep more than they need to avenge Kasasbeh.

The mood on the street has given King Abdullah, who also acts as commander of the armed forces, a mandate to shape the battle as he sees fit. Throughout the six-month air campaign, Jordan had been a low-key partner, not publicising its involvement until Kasasbeh’s plane crashed.

And for three years prior, there had been barely a word from Jordan about the United States and Saudi efforts to train moderate Syrian anti-regime rebels on Jordanian soil – a policy that was tailored to protect Jordan’s northern flank, but which Syria and its allies believed may be a precursor for a march on Damascus.

The events of this week have transformed how Jordanians are thinking about the fight against the Islamic State, which is as much an enemy of Syrian rebels as it is of the Hashemite kingdom.

“Before killing Kasasbeh, my opinion was that we should not be involved in this war,” said Omar Abdul Hamid (35) from Az-Zarqã, near Amman. “But now I’ve changed my mind. We absolutely have to fight them.”

Saed Ghani (53) added: “The people of Jordan are now more united than ever. They stand with the king, and I say they are right.”

Some, however, continue to doubt that Jordan could slow the momentum of the Islamic State, or safeguard the country by taking the fight to them.

“We need to stop getting our country into adventures that can bring a lot of problems to us that will not stop easily,” said Mohammed Issa (25). “We have enough problems already.” – © Guardian News & Media 2015