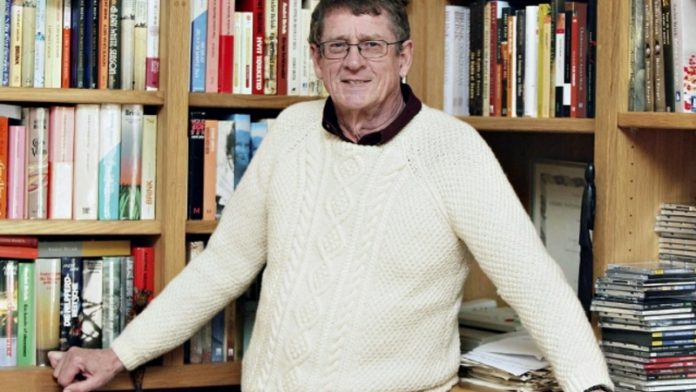 André Brink, one of South Africa’s foremost writers and the author of more than 60 books, has died aged 79.

From the start, his work showed an oscillation between realism and the more experimental style of the postmodernism then emerging, as well as a willingness to push the boundaries of the sayable in a conservative literary environment — especially in the areas of sex and politics.

Die Ambassadeur (1963) is an early example of the realist tendency, Orgie (1965) of the experimental: it was even published in a horizontal rather than vertical format.

In 1974, his novel about a coloured man who murders his white lover, Kennis van die Aand (1973), was the first work in Afrikaans to be banned by the apartheid government. Brink translated the text into English, as Looking on Darkness, and began to reach an international audience.

His later novels were written in both English and Afrikaans and published in both languages, with the exception of some critical works and the semi-autobiographical States of Emergency (1988), which came out in English only.

South African politics
Along with figures such as Breyten Breytenbach, Ingrid Jonker and Jan Rabie, Brink was a part of the Afrikaans literary movement named for the 1960s, the decade in which it emerged — Die Sestigers.

They challenged the culture and politics of apartheid and gave Afrikaans literature a shot in the arm.

Brink’s 1979 novel A Dry White Season reflected the circumstances of the death of Steve Biko to describe an Afrikaner’s responses to such hidden apartheid crimes. It is a novel of “conscientisation” and functioned as such for many South African readers.

He continued to deal with South African politics and the effects of apartheid in novels such as An Act of Terror (1991), and explored aspects of South African history in works such as A Chain of Voices (1982) and On the Contrary (1993).

His 2000 novel, The Rights of Desire, was an interesting response to JM Coetzee’s Disgrace (1999), from which it took its title, or at least the aspect of it that dealt with a relationship between an older man and a younger woman.

In later years Brink turned to autobiography with A Fork in the Road (2009), and republished his own recollections of the French capital in Memories of Paris, where he had spent two significant periods, in the early and again the late 1960s. Brink said that his years in Paris opened his eyes to the world beyond South Africa.

Beloved
Besides being a beloved teacher for nearly six decades, Brink was something of a literary powerhouse, turning out translations and criticism between novels.

His many translations into Afrikaans include works by Shakespeare, Cervantes, Marguerite Duras, Albert Camus and Georges Simenon, as well as many for children, among them Lewis Carroll’s Alice tales, Oscar Wilde’s fantasies and Antoine de Saint-Exupéry’s The Little Prince.

His works of criticism include Aspekte van die Nuwe Prosa (1967), Mapmakers: Writing in a State of Siege (1983) and Reinventing a Continent: Writing and Politics in South Africa (1996). He also wrote a dozen plays and edited the most comprehensive collection of Afrikaans poetry, Groot Verseboek (2000).

Brink won a multitude of prizes for his works, locally and internationally, and received many honours.

In South Africa, he was awarded the Order of Ikhamanga (silver) in 2006 and, in the same year, was given a Literary Lifetime Achievement Award by the Department of Arts and Culture.