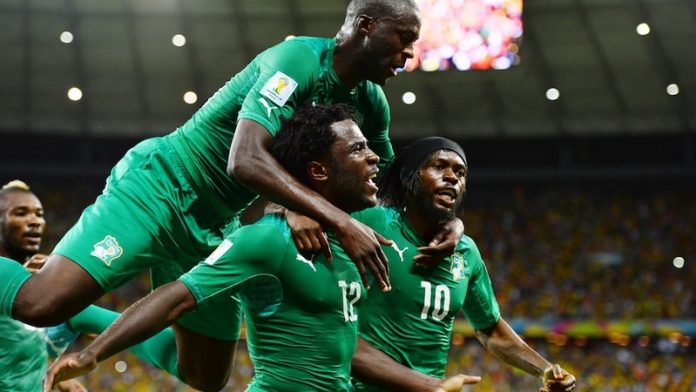 Ivory Coast goalkeeper Boubacar Barry saved the day, and then he scored the winner. The 35-year-old veteran blocked a penalty attempt from opposing goalkeeper Razak Braimah and then stepped up to convert his own to give the Ivory Coast a 9-8 shootout win over Ghana on Sunday in the African Cup of Nations final.

The match at Bata Stadium had finished 0-0 after 120 minutes. The Ivorians, who have lost two shootouts in finals in the last decade, failed to convert their first two penalties, but a string of must-score shots hit the target, including goals from Yaya and Kolo Touré and Salomon Kalou.

“When sometimes you win with your club, it’s quite amazing,” said Yaya Touré, who won the Premier League with Manchester City last season. “But with your country, it’s unbelievable.”

The Ivory Coast, which won its only other title in 1992, played this time without Chelsea striker Didier Drogba, who has retired from international soccer. But the team still had Man City teammates Wilfried Bony and Yaya Touré, a four-time African player of the year.

Bony took the Ivory Coast’s first attempt in the shootout, but he hit the crossbar. Tallo Gadji also missed. Ghana captain Asamoah Gyan, who started the final after sitting out the last match with an injury, was taken off just before the shootout. Gyan missed a penalty in the 2010 World Cup quarterfinals and then again in the 2012 African Cup semifinals.

Barry made a surprising start in goal for the Ivorians in Sunday’s final. He was the goalkeeper between the posts in 2012 when the team lost to Zambia in a shootout in the final, but he started this time in place of the injured Sylvain Gbohouo. Barry also saved a shootout attempt from Ghana midfielder Afriyie Acquah. Substitute Frank Acheampong missed his attempt.

In 2012, Renard coached Zambia to the title, beating Ghana in the semifinals and Ivory Coast in the final. “Without the manager we would have won nothing,” Touré said. “He made things difficult for me. He told me if I didn’t run he’d kick me out. He’s fantastic.”

Four-time champion Ghana, which has not won the continental title since 1982, is coached by Avram Grant. The Israeli led Chelsea to the 2008 Champions League final, but lost on penalties. Ghana twice hit the post in the first half of regular play, but only Christian Atsu’s shot from outside the area in the 25th minute had a real chance at going in. Ayew’s attempt 10 minutes later came from a tight angle on the side and smacked the outside of the post.

Equatorial Guinea President Teodoro Obiang Nguema, Africa’s longest serving strongman, greeted the players from both sides at the start of the match. FIFA President Sepp Blatter was by his side. Obiang, flanked by Blatter and African football confederation president Issa Hayatou, later presented Yaya Touré with the trophy.

Ebola fears
Equatorial Guinea took over as host at short notice in November. Morocco had been chosen to stage the tournament, but fears over the spread of Ebola caused a rift between the local organizers and the African federation. The hosts made a surprising run to the semifinals, drawing huge crowds every time they played. The final also drew a strong crowd with more than half of Bata Stadium filled.

Outside, there was plenty of security on hand with machine gun toting soldiers patrolling the area. Although there were no major crowd problems on Sunday, Thursday’s semifinal between Ghana and Equatorial Guinea descended into chaos when the host team’s fans started hurling objects onto the field and at the opposing players and fans. Ghana ended up winning 3-0, but the match was delayed for about 40 minutes because of the incidents. – Sapa-AP