Shedding alerts: Apps to keep you in light about the dark 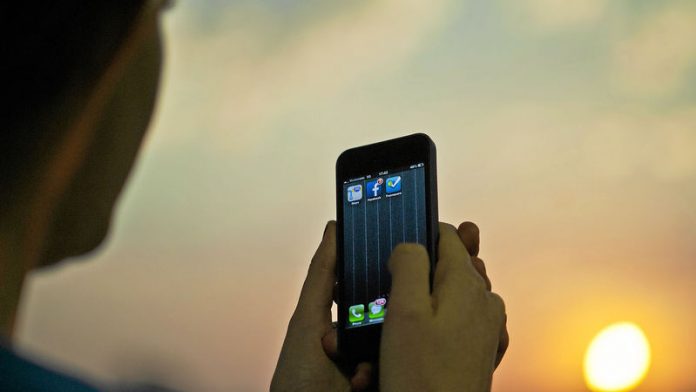 There is an app for everything these days and, given that power cuts have become part of everyday life for South Africans, a quick search on your favourite app store will return a growing number of load-shedding applications to help you through these dark days.

These apps range from simply alerting you to when the national load-shedding status changes to allowing you to monitor the load-shedding status of a number of areas in the country all at once. Some are conscious of conserving precious power on your phone, and others even include a handy torch to help find your way around when the lights go out – which could be fairly often given the state of the power system.

Ziv Unger, a programmer by trade, developed ShedAlert in his spare time and originally for his own use because he had struggled to stay on top of sudden load-shedding. “So, having the know-how, I wrote myself a small program that would automatically monitor the current load-shedding situation and email me whenever there was a change, along with the schedule for our area. Since I’m nearly always online, or have my phone with me, this worked out perfectly and spared me a lot of frustration.”

A torch function
After receiving a great deal of interest from those he told about it, Unger decided to expand on the idea and develop an app with notifications.

And so ShedAlert was born and first published to the android app store on Google play on December?6 last year. After downloading ShedAlert, you simply fill in your city and area and then notifications are sent to your phone to alert you when the national load-shedding status has changed and when lit is scheduled for your area. It also comes with a torch function.

Unger says the uptake of ShedAlert is directly proportional to load-shedding announcements and news coverage. “January of course brought with it horror stories of the country’s imminent collapse due to electricity shortages and blackouts and the resumption of load shedding, so the user count has been climbing again steadily as more people turn to apps to stay on top of things.”

Kyle Watson, technical director at Rezonet Softworks, which developed an application called Loadshedding SA, said the app was launched on the January 12. It is suitable for android phones. It was originally created as an internal tool for business planning purposes because information was sparse, difficult to understand and did not include details. “We decided to collate all of this information in one easy-to-use app,” he said.

Smaller size
When it comes to apps, the smaller the size of your app, the more efficient and fewer resources are required that are dependent on electricity in the event of load-shedding (including routers and Wi-Fi), said Watson.

“We found that many of the other apps on the app store utilise web-based information and are essentially web browsers, hence the size of these apps … Our app is smaller compared to other apps and uses only what is required for it to function. This is very efficient and saves battery life on your device,” Watson said.

Loadshedding SA uses web resources to a small degree, but it is not dependent on internet connectivity, he explained. “Many of our features are processed within the app itself, thereby using fewer resources whilst still being accurate, offline, in the event of load-shedding.”

For the moment only Gauteng residents can check the status of their area but Loadshedding SA will service other provinces soon, Watson said.

This app includes a built-in flashlight.

He said there is a direct correlation between when load-shedding occurs and the number of users of this app.

For Apple users, Loadsheddingapp is the only such app, other than Eskom’s (called My Eskom), available in the Apple store.

Reliant on Eskom schedule
Lorenzo Rheinicke and Petro de Jesus Ferreira developed it over the recent December period as a “fun project to address a frustrating problem”. The creators said they had found there was confusion about load-shedding and how the information was presented; it was also time-consuming to find the correct information.

“Eskom does have an app, but for some reason it does not send notifications to your phone. Our load-shedding app simplifies the schedule in an easy-to-understand format that can easily be shared and added to your calendar,” Rheinicke and de Jesus Ferreira said.

“Our app also sends notifications to a user when load-shedding is active. We also provide a SMS solution for people that do not have an Apple or Android phone. We are busy getting the Android app ready for launch.”

Since Loadsheddingapp went live in the Apple App store on January 26, it receives about 100 new users a day. On average, people are spending about five minutes in the app and have viewed it about 3 700 times.

Like many of the other apps, Loadsheddingapp is reliant to Eskom’s schedule, which is at times unreliable and does not cover all municipalities. “We are getting some great feedback from the users and requests to include more suburbs and areas. We are busy working on this” the creators said.

Small user base
But can you make money out of a load shedding app? Arthur Goldstuck, founder of World Wide Worx, a technology market research firm, said: “There are a tremendous amount of app developers locally, but the real issue is there is not enough funding of app development. A lot of good apps do get developed but largely when they are commissioned by big companies.

“We are certainly an app using country [but,] mostly, people are not willing to pay. It’s very hard to make money from an app,” said Goldstuck. “The intention is to get a huge user base and get a large company to buy it based on that user base,” he said, citing WhatsApp that was sold recently to Facebook for $19-billion.

ShedAlert includes a small advertisement bar at the bottom of the screen to try to recoup some of the expenses associated with creating and maintaining the app.

“With a relatively small user base, it’s currently generating enough revenue to maybe buy a hamburger once a month,” said Unger. “But I’m hoping that, over time, as the user base increases, it may be enough to cover the costs of the server required to keep the app’s back-end operations running.”