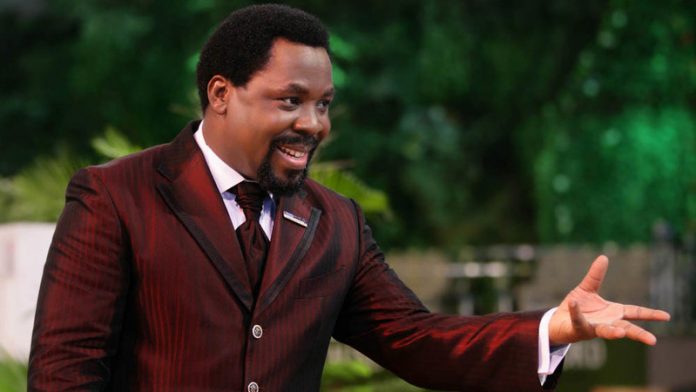 More than 85% of South Africans claim an affiliation to Christianity, which leads to the assumption that this would generate a particularly strong moral, altruistic society.

Unfortunately, this masks the reality that we are, in fact, experiencing an alarming moral crisis. Religion, rather than creating a robust, ethical social fabric, appears to be failing dismally.

The original significance of even the celebration of the birth of Jesus, a central Christian festival, has been obscured and reduced to a celebration of greed, gluttony and crass materialism – far from peace and goodwill.

Preposterous claims
We read of self-styled leaders, accorded near-divine status, urging their followers to participate in activities seemingly inimical to their wellbeing. These followers blindly trust some pastors’ preposterous claims of miracles, such as raising the dead and deliverance from evil.

They buy “holy oil” guaranteed to cure all manner of diseases (especially HIV), and they, and even their children, are urged to drink petrol to attain God’s protection against poison.

These are dangerous untruths and give rise to fear and superstition.

One must feel sympathy for so many desperate, demoralised people, who are experiencing such a sense of hopelessness about their life conditions that they turn to religion in an attempt to gain what they desire.

South Africans have had tragic experiences of false prophets who misled their followers to believe in the superiority of the white race, which resulted in appalling discrimination against other racial and cultural groups. That was apartheid – supported by biblical testimony.

Enormous potential for evil
Despite our Constitution prohibiting discrimination on grounds of sexual orientation, homophobia is also frequently encouraged by fundamentalist Christianity.

This should be a reminder that religion has the power not just to enhance lives but also an enormous potential for evil. Religious leaders who promise material riches and success, and miraculous cures from physical and psychological ailments, create false expectations.

Since Medieval times, civilisations have benefited from a more rational, empirical approach to understanding the world. We should no longer be as credulous as those ancients who believed Christian communion involved the eating of babies’ flesh, that Jews drank babies’ blood at Passover, Muslims were infidels who worshiped the Prophet, and witches flew on broomsticks.

Feeding on the poor
Statistics reveal that, in South Africa, the largest Christian denominations are the fundamentalist Pentecostal and Zionist churches, with 10-million adherents. They are also the fastest-growing religious groups in the country.

Believers are drawn mostly from poor, dispossessed and semiliterate communities, where the authority of religious leaders is unquestioned.

Some brief background helps to explain the attraction of African Pentecostalism. It originated in the United States and the term might first have been given to a movement started in Los Angeles in 1906.

The Assemblies of God, the Apostolic Faith Mission and the Full Gospel Church of God, active in South Africa, all belong to the Pentecostal tradition.

Vast wealthy enterprises
African Pentecostalism developed early in the 19th century as a syncretism of indigenous African beliefs and Pentecostal dogma. These congregations became known as the African independent churches.

African-initiated independent groups were formed in Nigeria, following the founding of the Deeper Christian Life Ministry by William F Kumuyi in 1973. Among many others, David O Oyedepo’s Winners’ Chapel and, more recently, TB Joshua’s The Synagogue, Church of All Nations have expanded to become vast, wealthy enterprises.

Central to Pentecostal beliefs is an emphasis on a personal relationship with God through the Holy Spirit. Followers display the phenomena associated with the Spirit, as reportedly experienced by Jesus’s disciples at Pentecost, such as speaking in tongues, experiencing visions and miracles, especially of healing, and manifesting “signs and wonders”.

Power of healing
Pentecostalism teaches that an encounter with God brings profound transformation to an adherent’s life circumstances and include the power to exorcise evil inflicted by demons, witchcraft and sorcery. Healing is regarded as a powerful gift and faith bestows good health and salvation from poverty.

The manifestation of God’s blessings in physical wellness and the acquisition of material wealth has resulted in the propagation of a “prosperity gospel”, with the church leaders sporting flashy clothes and owning luxury vehicles, and even private jets.

Joshua is estimated to have a fortune of between $10-million and $15-million, and Oyedepo is rated by Forbes magazine to be worth $150-million. Followers are encouraged to donate 10% of their income and they as assured they will be endowed with similar affluence.

Pastors of Pentecostal churches have served as providers of supernatural protection for politicians seeking to consolidate power by entrenching themselves in office.”

He quotes the examples of Archbishop Nicholas Duncan-Williams, who supported the Rawlings government in Ghana, and former president Frederick Chiluba of Zambia, who regularly attended high-profile Pentecostal events.

This is the pattern displayed by President Jacob Zuma, who has endorsed several Pentecostal congregations, a trend that was evident in his statement declaring that those who vote for the ANC will to go to heaven, with the threat of hell for those who don’t.

This is a serious claim, not to be dismissed as words reported “out of context”. Apart from the fact that South Africa is a secular constitutional democracy, this appears to be blatant misuse of religion, in effect offering bribes of religious rewards to those who support him.

Why does religion, which universally is expected to have positive, healing effects, so frequently become destructive, misanthropic and inhumane?

Deliverance from dysfunction
Most religions venerate an omnipotent divinity, committed to the wellbeing of his creation, particularly humans. Most religions also believe humans are flawed, alienated from their divinely bestowed potential. The troubled, estranged self searches for integration and healing, which is known as salvation.

Salvation fundamentally means deliverance from dysfunction and distress and leads to transformation and regeneration – a path to spiritual wholeness.

Tragically, unscrupulous leaders offering followers a better life have played on a fear of the “other” – leading to xenophobia and homophobia. Their lust for power exploits the weak and their self-enrichment comes at the expense of the faithful. Are these “men of God” acting on behalf of a compassionate divinity, or are they what the Bible calls false prophets?

Plenty of meaninglessness
Do material riches such as luxurious houses, cars and clothing – emulating the avaricious, fatuous lives of film and sports stars – guarantee true happiness and the fulfilment of one’s human potential? Meaninglessness can exist in the midst of plenty.

Did Jesus exhort his disciples to seek material prosperity? The Gospels record him as having advocated just the opposite: blessed are the merciful, the pure in heart, peacemakers, those who are persecuted for righteousness sake …

Ethical and social regeneration
Pentecostal theology appears to provide little guidance in the face of moral evil and suffering, largely caused by the abuse of the freedom granted by an apparently munificent deity.

Instead it offers exorcism for apparent supernatural causes of distress, which is unlikely to stimulate ethical or social regeneration.

Authentic religion offers guidance and support to strive for spiritual goodness, lifting the spirit beyond physical, material desires to promote universal wellbeing, cultivating altruism, compassion and succour for the suffering.

Believers should be distinguished by their attempts to heal the world, championing social and economic justice, fostering tolerance and inclusivity, irrespective of cultural, racial, religious and sexual differences, and respecting all creation for the wellbeing of the entire planet, our wondrous home.

Alleyn Diesel has a PhD in religious studies, which she taught at the University of Natal