Djiboutian in fight for fortune 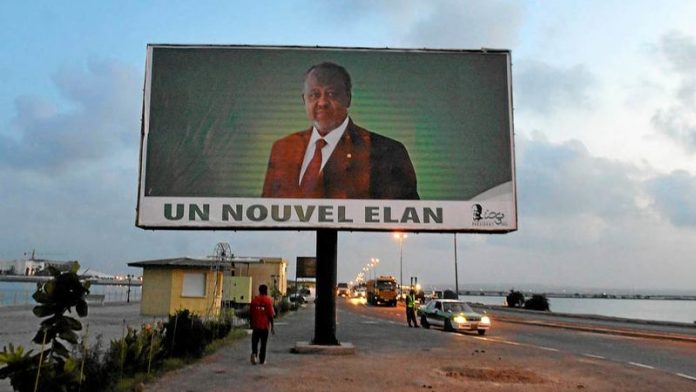 One of East Africa’s richest men, Abdourahman Boreh, will spend the week after next in a London court as his lawyers attempt to overturn an earlier order that labels him a terrorist and has frozen more than $100-million of his assets.

Boreh fled his home in Djibouti in 2009 after the government of President Ismail Omar Guelleh accused him of planning a string of grenade attacks in the capital.

The charges were based on several of Boreh’s phone calls intercepted by the secret police on March 5 2009, a day after the explosions.

But on November 13 last year, the judge who granted the freezing order under Britain’s sweeping anti-terror laws said it appeared the dates on intercepts had been altered.

The Djibouti government filed the transcripts as their sole evidence and Boreh has not denied their contents.

Scrap metal and grenades
He accepts that, on the night of March 4 2009, grenades were used by unknown forces around Djibouti City and that, in a coded phone call, one of his contacts said: “Last night the act was completed” and “the people heard it and it had a deep resonance”. But he says the conversation took place before the bombings.

At his trial in absentia after he had fled to Dubai, the government said “scrap metal” referred to the grenades, and a court in Djibouti imposed a 15-year jail term on him.

Using this conviction and the transcripts, the government went to the high court in London and successfully applied for a freezing order on more than $100-million of Boreh’s assets.

Boreh has always denied any involvement in the attacks, saying he has only arranged peaceful protests against the dictatorial rule of Guelleh, whose People’s Rally for Progress controls all 65 seats in Parliament.

But in November, both the government and their British lawyers were left red-faced when the same court noted that the date on the phone taps appeared to have been altered and the calls actually took place around lunchtime on March 4.

As the grenades were only thrown that evening, Judge Julian Flaux said it placed “a completely different complexion on the case”.

“It follows that whatever was being referred to as having taken place ‘last night’ in a call that took place on March 4 cannot have been the [grenade] attack”.

Boreh insists “scrap metal” referred to the distribution of leaflets critical of Guelleh.

Flaux has called the parties back to court for a further hearing on February 23.

The stakes are high. Boreh has extensive investments in the Middle East, Kenya and South Africa and an order from a British court could persuade authorities elsewhere to impose a similar freeze. On the strength of the London ruling, the Dubai international financial centre has already blocked more than $5-million of his money.

US ally
Djibouti – known as French Somaliland before independence in 1977 – is little bigger than the Kruger Park, but its position in the Gulf of Aden at the mouth of the Red Sea has made it the most strategic country in Africa.

And, although most of the population are Somali in origin, Guelleh is vehemently opposed to piracy, is an ally in the United States’s “war on terror”, and supports the fight against militants such as the Somali al-Shabab militia who attacked the Westgate Mall in Nairobi in 2013.

There have only been two presidents, Guelleh and his uncle, Hassan Gouled Aptidon, who died in 2006 and was in power between 1977 and 1999.

The US has its sole military base for Africa in Djibouti, with the biggest drone fleet outside Afghanistan, and pays more than $60-million a year in rent. Local spending by US soldiers forms a major part of Djibouti’s gross domestic product.

Djibouti is also home to the largest number of French troops on the continent. Beijing has signed a deal to set up its first naval base outside China there and Japan and Russia also have a presence.

In 2010, when Guelleh changed the Constitution to give himself a third term in what critics say was a sham election, none of the major powers voiced any criticism. He has pledged to retire in 2016.

The Gulf of Tadjoura runs inland for almost 60km, creating a safe haven for shipping on the world’s busiest sea lane through the Red Sea and into the Suez Canal. Landlocked Ethiopia uses the harbour as its main link to the sea.

Boreh oversaw construction of the port when he was among the president’s closest allies. Things fell apart when he labelled the ruling party “dictatorial” and announced plans to stand for president.

Repressive country
Human rights groups including Amnesty International and Freedom House rank Djibouti among the most repressive countries in the world. The state controls all radio and television and those who speak out face arrest.

The few foreign correspondents based there either file anonymously or under noms de plume.

There are also questions about who tapped Boreh’s phone. Before entering politics, Guelleh was head of the secret police and served on secondment in Paris with the Directorate General for External Security (DGSE), France’s secret service. Both the DGSE and the American CIA have a presence in Djibouti.

With a dearth of media, rumour is always present in the markets and the coming court appearance is top of the list.

Mohamed Kidane, a stall trader in Djibouti City, says it is “common knowledge” that France and the Americans keep Guelleh in power.

“We know these foreign bases spy on us,” he said. “The state knows everything you do, but where do they get the information? We may be independent, but we are still not free.”

At Byrne and Partners, Boreh’s London lawyers, efforts are under way to challenge the asset-freeze order by having the telephone taps declared as unreliable evidence.

This will give Boreh access to his money, but while Guelleh remains in office, it is unlikely the Djibouti government will stop harassing him.