Palestinians should qualify the nature of freedom they wish for 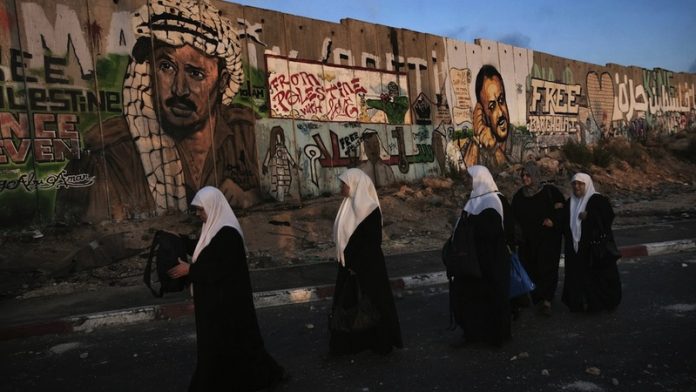 Comparison between Israel’s treatment of the Palestinian people and South African apartheid has become a sterile discourse obscuring a more necessary question: What does the human condition in today’s South Africa have to teach Palestinians as they envision their future?

Israel’s settler-colonial policies likewise formalise and reinforce an entire group’s dehumanisation. This is enacted through its state policies and resources organised on the basis of who is a Jew and who is not.

Further, under Israeli rule, as in apartheid South Africa, there is a bureaucracy stigmatising the denigrated population as potential and likely criminals. They must produce the required “official” documents, permits, identity cards and paperwork to go about daily activities. Bureaucracy is the everyday mechanism of subjugation through which Palestinians are dispossessed of their land and denied freedom of movement and control over their time.

Yet there are limits to the overlaps between apartheid South Africa and Israel. The Zionist movement’s intentions were, and remain, fundamentally different. As is clear in the words of early Zionist leaders such as Theodor Herzl and current Israeli officials such as Benjamin Netanyahu, the Zionist movement’s aim has always been land without the inconvenient natives, not their incorporation into the settler economy, as in apartheid South Africa.

Rather than getting sidelined in a debate about what does and doesn’t qualify as apartheid, from a South African vantage point it is necessary to adjust focus. This concerns not the apartheid state’s nature, but that of our preferred future. The post-apartheid human condition in South Africa offers Palestinians substantive lessons. Reframing the link between South Africa and Palestinians in this manner underlines that the heart of the shared struggle is in people. It is found in our ongoing dispossession from our land, our exclusion from nationhood and in everyday life for black South Africans today, most of whom remain second-class citizens.

Indeed, the achievement of a democratic South Africa in principle has not translated into a substantive emancipatory victory in practice. Apartheid’s structural social and economic legacies have yet to be reckoned with, and “whiteness” still lives on the back of “blackness”.

South Africa’s praised Constitution may affirm the value of all lives in principle but, as Achille Mbembe noted in a recent public lecture at Rhodes University, people who are poor and black in South Africa continue to be treated as waste. They continue to be policed as an external threat to society not as part of society.

The post-apartheid human condition in South Africa should make us ask: What would our emancipated future look like in Palestine? And what must be in that framework now to realise that future?

One lesson for Palestinians from the fate of the ANC is that, although anti-colonial revolutionaries have an essential role to play, their leadership and prerevolutionary structures may need to be dispensed with in the post-colonial moment.

For Palestinians and our supporters, the freedom and future we imagine must redefine our path forward. Whatever the imagined solution, one thing is clear. Statehood, without radical structural and social changes, will formalise the current social hierarchy in an “open” neoliberal system. It will ensure that those privileged in the previous order of things are free to continue living on the backs of the historically subordinated.

This may be the most vital lesson Palestinians can take from South Africa: we must qualify the nature of the freedom we imagine. What kind of existence will we accept? How will we build what we need to support our preferred future?

Irene Calis is a member of al-Shabaka: The Palestinian Policy Network. She teaches at Rhodes University. A longer version of this piece was published by al-Shabaka.

Mogoeng should remember that Israel/Palestine is an apartheid state, in which 90% of the land is reserved for Jewish occupation
Read more
Opinion

One of the truest tests of integrity is its blunt refusal to be compromised. — Chinua Achebe
Read more
World

Monday's election left the veteran right-winger in prime position to form a government and end a year of political deadlock, after similar votes in April and September proved inconclusive
Read more
Advertising
Continue to the category
Coronavirus