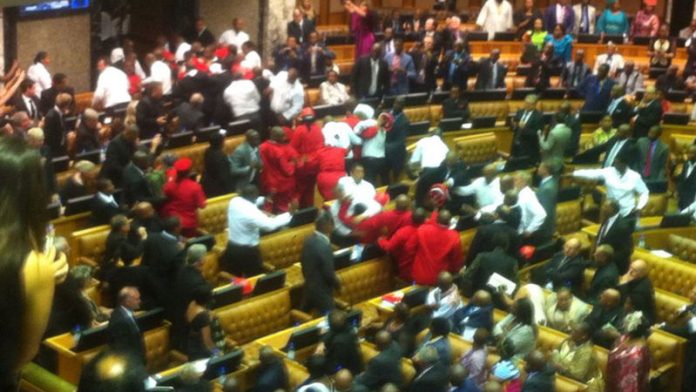 Fist fights broke out as Economic Freedom Fighters MPs were dragged out the National Assembly during the State of the Nation address on Thursday evening.

The MPs tried to stand their ground after speaker Baleka Mbete ordered them to leave, but officers dragged them out. EFF MP Floyd Shivambu confronted a few officers and another fight broke out.

Some of the protection officers’ shirts were ripped off and they stood bare-chested as a result of the disruption.

Security officers blocked journalists from going near the EFF MPs.

Police and protection officers were apparently taking the rowdy EFF MPs to a location on the precinct. EFF leader Julius Malema and some of his MPs had interrupted President Jacob Zuma’s speech.